Following more violent protests in Hong Kong, Chief Executive Carrie Lam says China stepping in to end the crisis is not out of the question.

Angry demonstrations have rocked the city for four months now, having started out as protests against a proposed extradition bill that could have seen criminals sent to China for trial.

The Hong Kong government has now dropped that bill, but the protests have continued – escalating into wider calls for democracy and less interference from Beijing. The protests are widely seen as the biggest threat to Chinese rule since the handover of Hong Kong from the British in 1997. 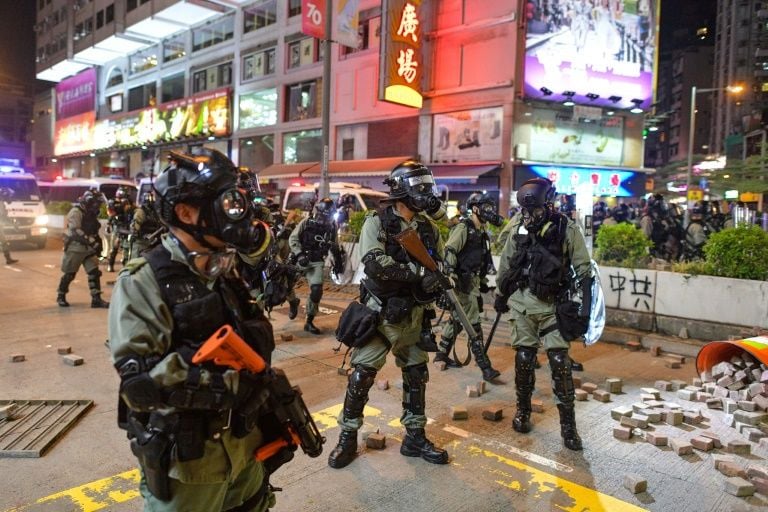 Last weekend saw some of the most violent unrest, with subway stations having to remain closed as protesters lit fires and vandalised businesses in response to a ban on the wearing of face masks. That ban went largely ignored, with thousands taking to the streets wearing face coverings.

Carrie Lam insists that Hong Kong authorities can cope, but says China could be asked to help if things get worse.

“At this point in time, I still strongly feel that we should find the solutions ourselves. It is also the position of the central government (in Beijing) that Hong Kong should tackle the problem on her own. But if the situation becomes so bad, then no options can be ruled out if we want Hong Kong to at least have another chance.”

She also took aim at foreign leaders and others who’ve expressed opinions on the Hong Kong crisis, in particular ex-governor Chris Patten, who criticised the controversial face mask ban.

“You cannot make a spiteful comment on Hong Kong, or support the violent protesters, claiming that their way is peaceful and it’s their freedom. I think his comment is irresponsible.”