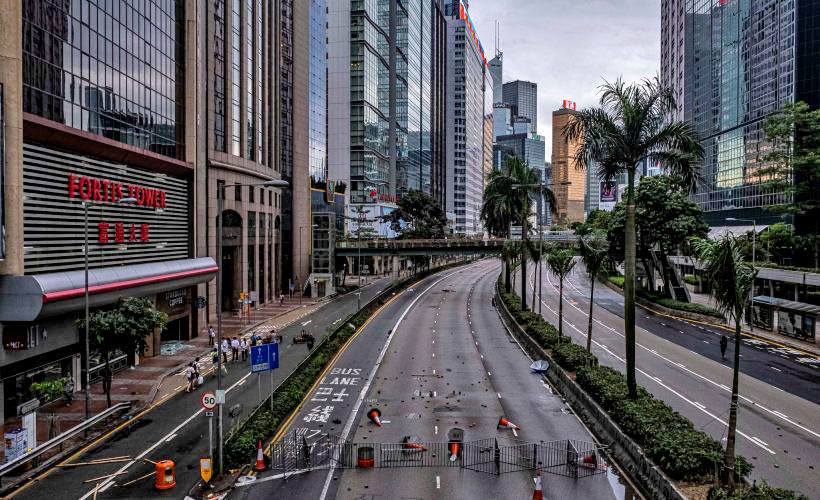 Hong Kong’s Finance Chief, Paul Chan, says the city is about to record a budget deficit as a result of the protests that have rocked the territory since June, coupled with the ongoing US-China trade war. It will be the first budget deficit in fifteen years, the last one having been caused by the SARS crisis that hit the region hard, killing around 300 people.

Thai PBS World reports that Chan predicts an economic contraction of 1.3% for 2019 and blames a number of factors, including the 2019-2020 deficit on decreased tax revenues and a slowdown in land sales.

“At the end of the financial year, the SAR (Special Administrative Region) government will be in the red. Hong Kong’s economy is now in extremely difficult times.”

The pro-democracy protests taking place in the city since June have become more violent in recent months, decimating the retail sector and hitting tourism hard. Sales fell by 24% in October, which was the fourth consecutive month of double-digit declines, according to the Thai PBS World report.

The drop is being felt all the more keenly given that October is normally a month in which tourists from China flock to Hong Kong during the Chinese holiday known as “Golden Week”. Instead, there has been a 46% drop in visitors from the mainland.

And it’s not just the protests that are hitting the economy hard, with the ongoing US-China trade war also having a significant impact on the city that has traditionally linked a controlling, Communist China with the markets of the Western world.

Given that Beijing has not yet come up with a solution to the current political crisis, news of the budget deficit is unlikely ro restore confidence among investors.

Hong Kong Airlines is just one of many businesses to find itself struggling, with the city’s aviation regulator giving it five days to find more money or risk having its licence suspended. The carrier has already announced a delay in paying some of its employees as a result of financial woes caused by a drop in passenger numbers.

China retaliates on pro-democracy bill by imposing sanctions on US