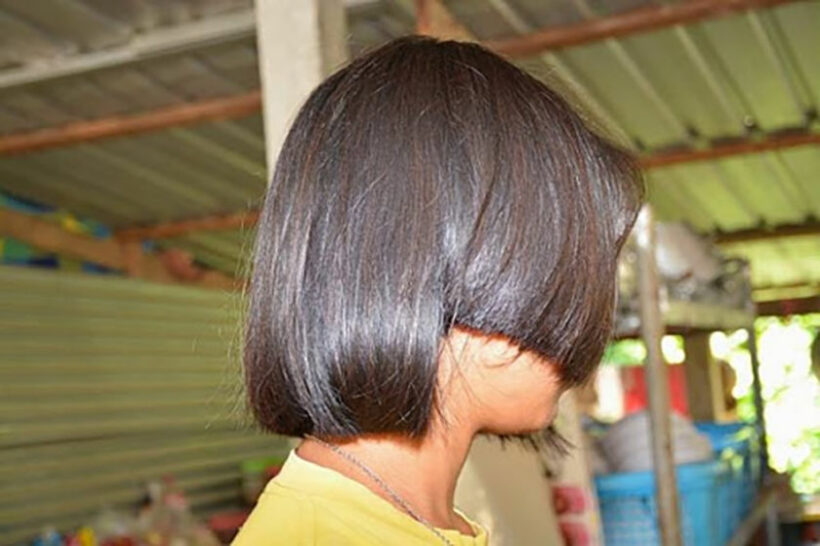 A teacher who forced a pupil to submit to a haircut when he deemed her hair too long, has been reprimanded and made to apologise. The unnamed teacher is accused of humiliating the young girl by chopping off her hair in front of other pupils during assembly, leaving her with one side dramatically shorter than the other. The incident took place at a high school in the north-eastern province of Si Sa Ket.

Chuchart Kaewnok from the local education office, says the teacher did not have the authority to cut the girl’s hair, adding that the Education Ministry allows for female pupils to have long hair, provided it is tied back neatly. Chuchart says the teacher has now been spoken to and has apologised to both the girl and her mother, named only as 33 year old Jin.

The incident came to light when Jin took to social media to post photos of the hair disaster, saying the teacher had decided her daughter’s hair was too long and taken matters into his own hands. She says the school should have spoken to her first and accuses him of humiliating her daughter in front of others, leaving her traumatised. She adds that whether or not the child returns to the school will depend on how she recovers from the ordeal.

Education Ministry rules state that both male and female pupils may have long or short hair. For boys, the length cannot go beyond the back of their neck, while long-haired girls must keep their hair neatly tied.