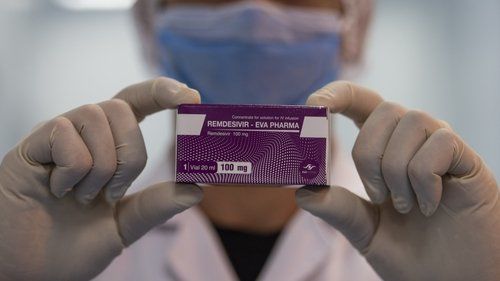 The US has purchased almost the entire global supply of one of the main drugs used to treat Covid-19 patients. Reports say that American officials have bought up all the Remdesivir available in July and 90% of the supply company’s stock in August and September as well.

Remdesivir, which was originally developed to treat Ebola, is produced almost exclusively by the US pharmaceutical giant Gilead Sciences and has been priced at $2,340 (about 70,000 baht) per patient in richer nations for a typical five-day treatment course, including 5 vials.

The company has agreed to ship almost all of its drug supplies to the United States over the next three months.

Dr Andrew Hill, a senior visiting research fellow at Liverpool University, told Sky News that this means that Remdesivir will not be available for use in patients in the UK and Europe until October.

“This deal that has been struck by America means that people with Covid-19 in the UK can’t get access to these treatments that would get them out of the hospital quickly and could improve their chances of survival.”

“So far, we know that there will be no supplies of Remdesivir for the next three months as America will take drugs and we won’t have access to them. This is the case in the United Kingdom and in Europe.”

“Low and middle-income countries may produce generic versions of the drug, but are unable to sell it to Europe because Gilead has a patent for it.”

“We Tour Together” launched to boost domestic tourism