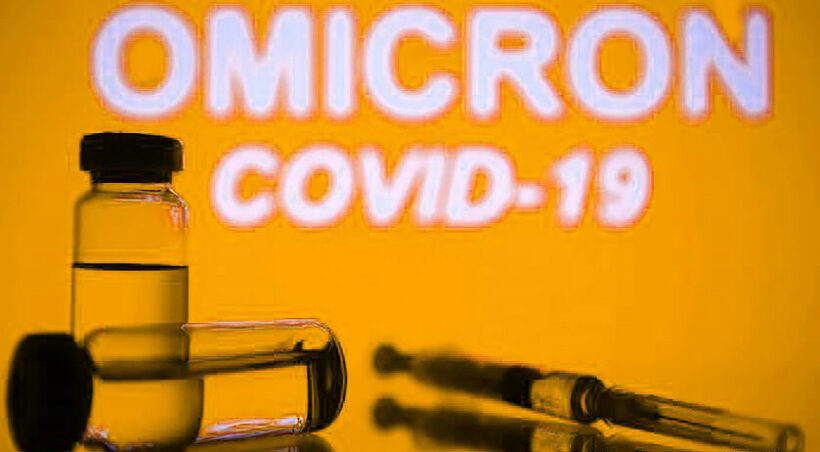 World travel destinations are moving to block flights from up to 10 African countries following the discovery of the Omicron Covid-19 variant this week. Officially, the new variant is designated B1.1.529. This is the latest information about the current status on Omicron.

The new Covid-19 mutation was first reported to the World Health Organisation on Wednesday this week, by scientists from South Africa. Whilst it has been reported first in South Africa it has not yet been determined where the mutation may have emerged.

Early evidence and genome sequencing is suggesting the Omicron variant has a higher re-infection risk than early strains of the Covid-19 coronavirus. With more than 30 different mutations on the virus’ spike protein, the part that binds to a human cell and infecting it, Omicron “could both be more transmissible and have more mechanisms to evade immunity already conferred by vaccines or prior infection”, according to Dr. Angelique Coetzee, head of the South African Medical Association.

The earliest known case of the Omicron Covid variant was on November 9, according to the WHO, and the mutation was first detected last Wednesday in South Africa. While the delta variant is still the dominant strain worldwide, accounting for 99.9 percent of current cases in the US for example, the discovery of Omicron coincides with a surge of new South African infections, an over 1,000 percent increase over the past 2 weeks.

In response, countries around the world are racing to introduce flight and travel bans on southern African countries in an effort to contain the variant’s spread. The swift response threw travel plans out of the African continent into confusion as airlines cancelled outbound flights.

In Thailand, the Thailand Pass website now says…. “the issuance of Thailand Pass for travelers from the following 8 countries will be temporarily suspended…

People coming from all other countries in the African region must now pay for 14 day alternative quarantine when they arrive in Thailand. The announcement followed other Asian countries tightening borders over the latest concerns.

The Israel PM Naftali Bennett has announced “sweeping travel restrictions covering most of Africa” following the indemnification of a positive Omicron case on Friday.

“We are on the verge of a state of emergency.”

The UK’s health secretary Sajid Javid has announced that 2 people in the UK have been found infected with the new Covid-19 variant, Omicron.

The new variant has also been identified in South Africa, Botswana, Belgium, Hong Kong and Israel. Several other EU destinations, including Germany and the Czech Republic, say they are investigating suspected Omicron cases.

The European Centre for Disease Prevention and Control made a statement on Friday, saying that, “given the variant’s immune escape potential and potentially increased transmissibility advantage compared to Delta (Covid variant), there is a high to very high risk it will spread in Europe.

More worrying, 2 flights carrying up to 600 passengers out of South Africa – 1 from Cape Town and 1 from Johannesburg – landed on Friday at Amsterdam’s Schiphol Airport. Dutch health authorities have now confirmed 61 of the passengers tested positive for Covid-19, but it hasn’t been determined if they’ve been infected with the Omicron variant.

“The combination of mutations represents a significant potential risk to accelerate the waning of natural and vaccine-induced immunity”.

Omicron is the latest variant of Covid-19, but it won’t be the last. The biggest issue for health authorities now is to find out if Omicron has additional resistance to the current Covid vaccines being used around the world.

Dr. Ashish Jha, dean of the Brown University School of Public Health on Rhode Island, US, believes the variant will create a situation where “vaccines will be rendered useless.” Yesterday he said “there’s more reason for concern with Omicron”.

“We have seen a lot of variants pop up over the last 5, 6 months, and most of them have not amounted to much. This looks different. It’s acting differently, it looks like it’s much more contagious than even the Delta variant.”

Moderna, manufactuers of one of the mRNA Covid vaccines, made a statement late on Friday, saying the new Omicron variant is “believed to increase transmissibility and mutations seen in the Beta and Delta variants that are believed to promote immune escape”.

AstraZeneca, which is also manufactured in Thailand, is saying that it’s looking to understand the impact Omicron has on its vaccine. AZ is not currently authorised for use in the US.

“AstraZeneca is also already conducting research in Botswana and Eswatini, that will enable us to collect real world data of Vaxzevria against this new virus variant,” a spokesperson for the company said Friday.

AZ is also testing its antibody treatment, AZD7442, against the variant.

BioNTech, the German company that partnered with Pfizer to produce its mRNA Covid vaccine, are also testing the impact of Omicron on their vaccine. They expect preliminary results in the next few weeks.

Johnson & Johnson announced in a statement that the company was also testing the effectiveness of its vaccine against the new variant.

stuhan
It's a sad situation for all countries including Thailand, this new variant has already appeared in other countries not only s.africa, so unfortunately to stop any chances of it reaching Thailand they are going to have to stop entries again…
johnbkk22
The world has become a strange place with politicians panicking like children without any common sense or logic. Covid is going to be around for a long time and with improved vaccines and medications is already far less threatening…