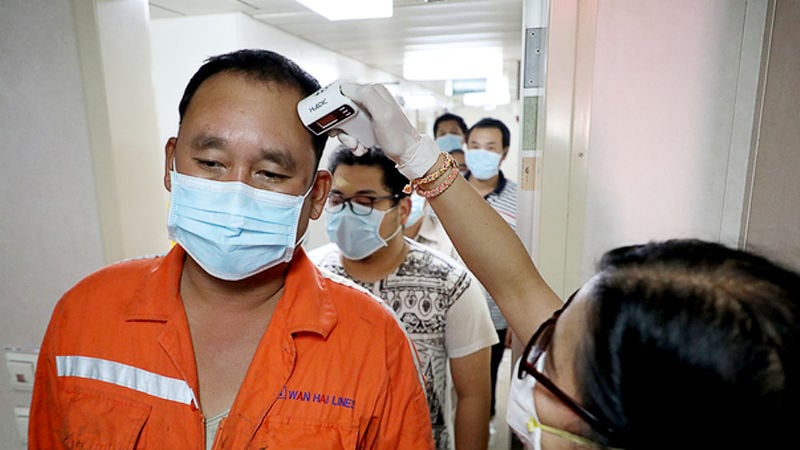 Thai health officials today confirmed 34 new Covid-19 cases from around the country, bringing the total to 2,613 since the beginning of the outbreak. There was one additional death, a Bangkok bus driver, raising the country’s death toll to 41.

Today’s number is higher than the 28 recorded yesterday, and comes after five straight days of declines since the 111 recorded on April 8. The highest number reported in a single day so far was the 188 recorded on March 22.

10 of the new cases come from the Bang Tao beachside community in Phuket. The island is currently under strict travel restrictions and has proactive checks door-to-door by health officials and volunteer staff. 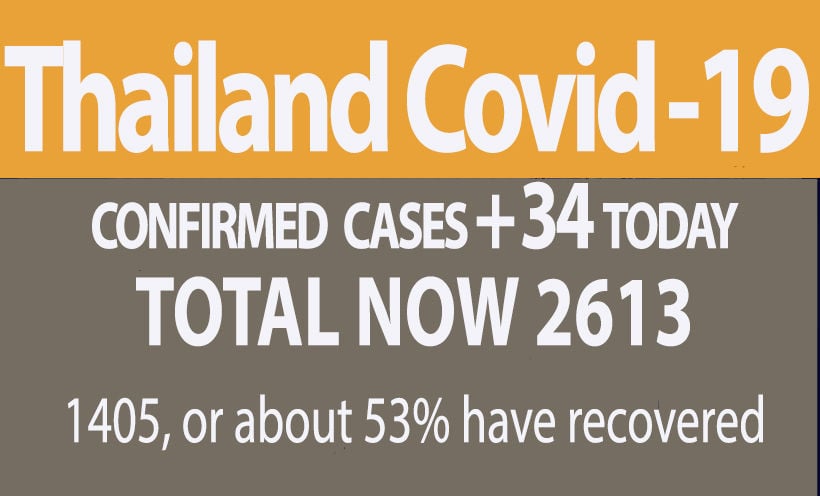 Of the national total, 1,405 patients, or about 53% have recovered and been discharged. Officials warn, though, that since a relatively small number of people have been tested, it’s impossible to say how far and fast the virus could be spreading, and stress that it’s essential to wash your hands frequently, a minimum of 20 seconds each time, as well as maintain strict social distancing.

Up to 100,000 Thais at risk from alcohol-related ‘withdrawals’ during national ban