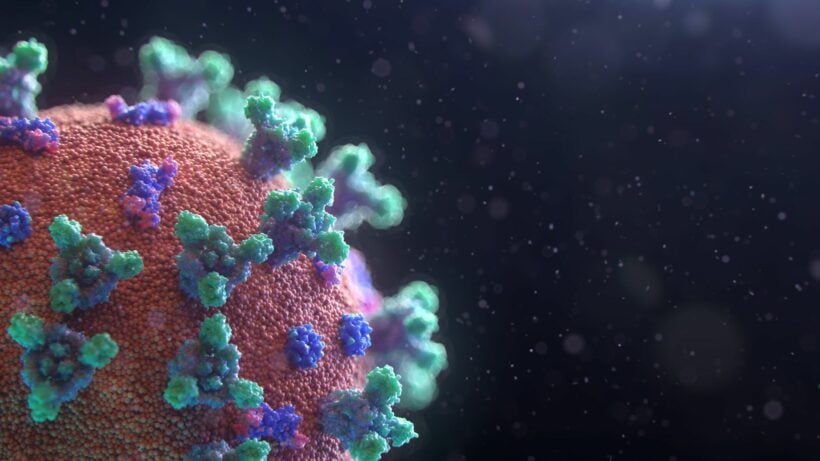 The BA.2 sub-variant of Omicron will take over Thailand and become the new dominant strain of Covid-19, according to the Thai Medical Science Department.

No BA.3 sub-variant cases have been discovered, he said, disregarding a study that claims the new sub-variant could dodge the immunological response caused by vaccines. Supakit also said that two vaccination shots aren’t enough, as a vaccine’s efficacy will gradually fade over time. He advised those who already have two jabs to get a booster jab of either the AstraZeneca or Pfizer vaccines.

A third jab given two weeks after the second is recommended, he aid, as it will help minimise the risk of illness from the BA.1 and BA.2 Omicron variants. There have been no cases of deaths among people who have taken four vaccine jabs.

Pinetree
I'm just waiting for the Omicron A4RF65FGU78KJ98OOL321XXcz342waer453hg67kjopoollmmbv564vf variant to emerge. Its bound to happen at some point. They are beginning to sound like internet passwords and its now all terribly boring reading about it. Move on World.

Poolie
Tide will banish all dominant stains, fear not! 😄
Manu
43 minutes ago, Pinetree said: I'm just waiting for the Omicron A4RF65FGU78KJ98OOL321XXcz342waer453hg67kjopoollmmbv564vf variant to emerge. Its bound to happen at some point. They are beginning to sound like internet passwords and its now all terribly boring reading about it. Move…
Lawyers_Guns_and_Money
9 hours ago, Ringo said: Dominant stain?? LOL Yes! Luckily it can be treated with some club soda and some firm rubbing. No doubt plenty of resources already available.
Lawyers_Guns_and_Money
10 hours ago, Thaiger said: The BA.2 sub-variant of Omicron will take over Thailand and beomce the new dominant strain of Covid-19, according to the Thai Medical Science Department. Last week, the department did a diagnosis of Covid-19 infections and…