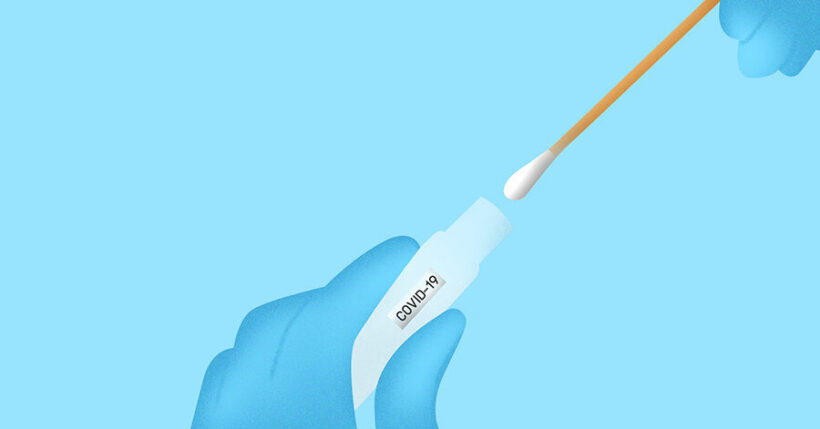 Bangkok residents who queued for hours for Covid-19 testing yesterday have expressed concern that the event in the Thonglor area could end up being a super-spreader. Coconuts reports that over 1,000 people crowded into the area in front of the Barbarbar pub at Arena 10. The free testing comes as officials confirm over 500 infections linked to nightlife in the area.

According to many who were present, there was no attempt at social distancing, with everyone forced to crowd together as they waited. Pichet Kraijai, an office worker from the Ekkamai area says she was still waiting at 1pm, having arrived for testing at 8am. She says that while the free service is appreciated, officials could do more to improve waiting times.

“They should announce a definite number of how many people can get the service each day. In the morning they said everyone here will get a swab. 10 minutes ago, they said only 500 more. Now they must have changed it to everyone again because I was counted number 500.”

Coconuts reports that by midday, over 600 people were still waiting for testing while officials took a lunchbreak. Some said they’d been waiting since 7am. Officials decided not to provide queue numbers to people as they arrived, insisting that testing would be done on a first-come, first-served basis.

It’s understood that from approximately 2,000 people tested since Monday, around 100 have tested positive. Most are from high-risk areas, such as employees at nightlife venues and their family members.

Health officials operating from 3 mobile units carried out 1,176 tests yesterday and plan to return today and tomorrow. The testing units will be open from 9am to 3pm, with the aim of testing 1,000 people a day. The police say they are aware of the complaints and have pledged to improve the system from today.