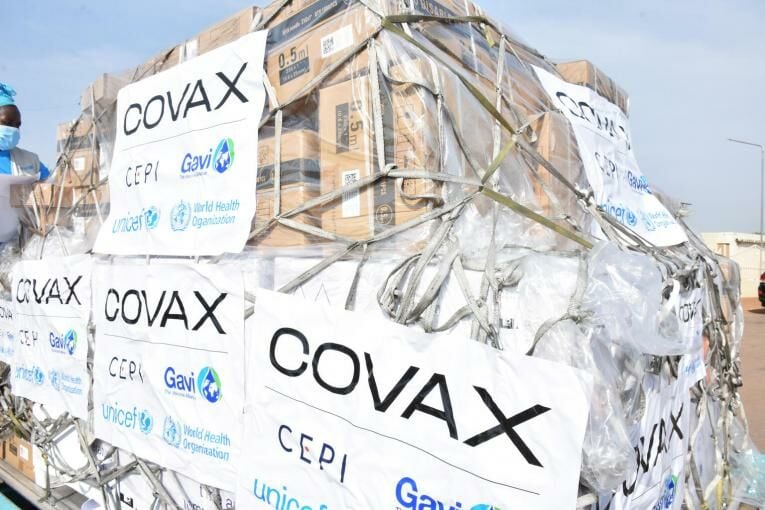 PHOTO: The Thai government is justifying its decision not to join COVAX, the global vaccine distribution programme. (via UNICEF)

The chief of the National Vaccine Institute spoke out defending Thailand’s decision to forego the COVAX vaccine programme as the government comes under renewed fire as part of the ongoing censure debate. He maintains that Thailand is better off without the program.

PM Prayut Chan-o-cha and the members of the ruling party in the cabinet are currently facing a vote of no-confidence during a 4-day censure hearing, with the mishandling of the Covid-19 pandemic as a major focus of the debates. While Thailand was riding high as one of the countries with the least Covid-19 all last year, the government opted out of the programme that is helping distribute vaccines around the world.

Many have criticised the decision as a brazen lack of foresight, including Pheu Thai Party leaders referring to it as “a vaccine management failure”. The current slow vaccine rollout and shortages is pointed to as further evidence that the government got complacent with their Covid-19 success and failed to get started early on vaccine procurement that the country now so desperately needs.

But the director of the NVI says that Thailand is doing better by procuring vaccines direction from the manufacturers without the help of a global middleman. He claims that Thailand’s decision to opt out of the programme was based on COVAX’s limited supply of vaccines and higher prices when compared with buying directly from the source.

NVI previously justified Thailand’s decision in June by saying that the COVAX programme really only benefits low-income countries who would receive free vaccines, but Thailand did not qualify and therefore would have to pay for the vaccines including an additional management fee, driving up the price.

The director said that the COVAX programme would have provided Thailand mainly with its own locally produced AstraZeneca vaccines, but with the extra fees, the government would end up paying significantly more. He also argued that after the devastating Covid-19 outbreak in India in April created supply issues and vaccine shipment delays for COVAX anyway.

The NVI says that only 224 million vaccines have been distributed amongst the 139 participating COVAX countries, a number that ends up being far lower than what Thailand was able to secure independently. As such, the Ministry of Public Health will continue to procure vaccines from the manufacturers but hasn’t ruled out joining COVAX in the future if things change.

Rebel
Just another pet dog barking to cover up the biggest mistake for protecting the HISO business
Bob20
A few things. Joining Covax does not prevent a country from procuring more vaccines independently, it just allows them to buy at a lower price as Covax centrally buy huge numbers early on, on behalf of countries with limited means. It also doesn't…
Johno
I think it has got to the stage where nothing is believed coming from those in charge The covax deal was free for developing countries such as Thailand and would have made a huge difference , and saved lives. Change of…

GuyIncognito
if they are so great then why does Thailand have the lowest full vaccination rate in SE Asia apart from Burma? (they are in civil war, almost)
Abertillery
And of course because of poor vaccination management UK,USA have put Thailand on red

500 kilograms of marijuana discovered on Mekong riverbank in Nakhon Phanom