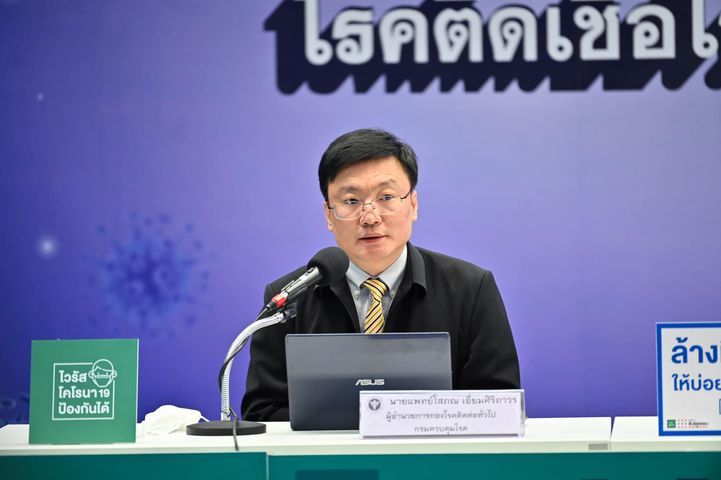 A 51 year old businesswoman from Sing Buri tested positive after travelling on the same flight as 2 of the now confirmed cases, according to director general of communicable diseases Sophon Iamsirithaworn. The flight was Nok Air flight DD8717 from Chiang Rai to Bangkok on November 28.

The businesswoman got an influenza vaccine on Monday. A few days later, she started getting body aches and other symptoms she assumed were related to the flu shot. The next day, she found out that 2 women with Covid-19 were on the same flight as her. She then got tested for the virus.

The 2 other new cases are Thai women returning from Tachileik.

The first confirmed local transmission linked to the women was announced yesterday. The 28 year old Chiang Rai man tested positive after coming in contact with 3 of the women.

Many of the women say they worked at entertainment venues and hotels in the border town. Some confirmed that they worked at the 1G1 Hotel. A Tachileik resident told Coconuts Bangkok that the coronavirus spread at the venue through commercial sex.