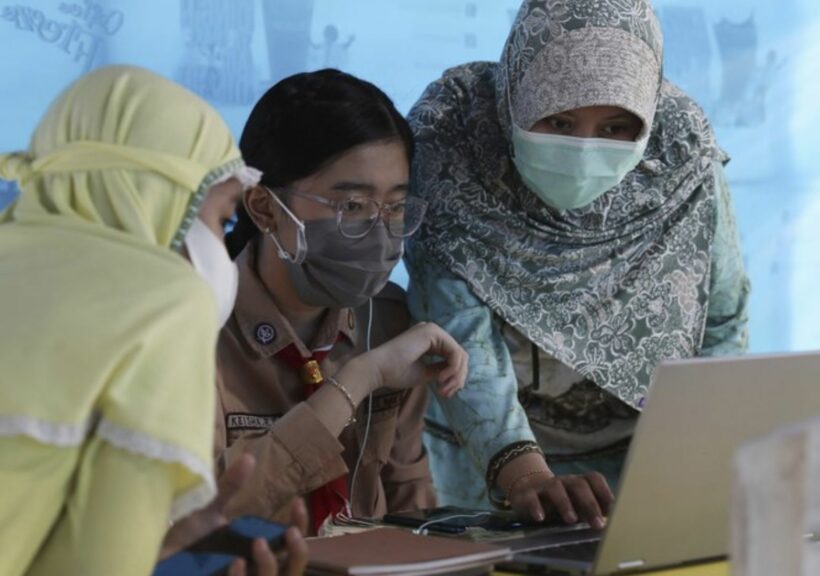 Indonesians have been getting involved in Phase 3 of testing for a Covid-19 vaccine developed by a Chinese company. The partnership between the Indonesian state-owned Bio Farma and Chinese company Sinovac BioTech started in early July.

Now Indonesia has recruited 1,620 volunteers for the critical part of the vaccine trial. The first 20 Indonesians rolled up their sleeves for the candidate vaccine in Bandung, West Java, last week. Indonesian President Joko Widodo says the Phase 3 trials would likely last for 6 months.

“We hope that in January we can produce it and at the same time, if the production is ready, vaccinate all people in the country.”

Candidates have to pass a general medical review and Covid-19 antibody tests then volunteers are given a first dose of the experimental vaccine or a placebo. A second dose is given 14 days later.

One 44 year old candidate said… “I am not worried about the vaccine trial as I have searched the information related to a Sinovac vaccine before. I want to join the trial for humanitarian reasons. I hope the pandemic will end soon.”

A clinical trial research leader said they will review the comparisons in the candidates over the next 7 months.

Indonesia’s Bio Farma has enabled a production capability of 100 million vaccine doses, once fully tested. The company is building another factory expected to be completed before the end of the year that will boost vaccine production capacity to 250 million doses.

The name of the vaccine is CoronaVac and uses an inactivated pathogen, meaning the virus is grown in a lab and then deactivated or killed. In June the company announced that no severe adverse side effects had resulted from the phase 1 and 2 trials conducted in China. The candidates in China were all voluntary. Clinical trials are also being conducted with thousands of volunteers in Bangladesh, India and Brazil. Brazil has been particularly hard hit and is currently the country with the second highest total number of Covid-19 cases, behind the US.

Clinical trials and development have been rapidly accelerated since January 10, when China shared the virus’ genetic sequence with the world. HERE’s a full history of the way the Covid-19 pandemic unfolded.

Indonesia has the second highest number of total cases in South East Asia after the Philippines surpassed its regional neighbour last week.

Aussie hailed as hero after fighting off shark to save wife