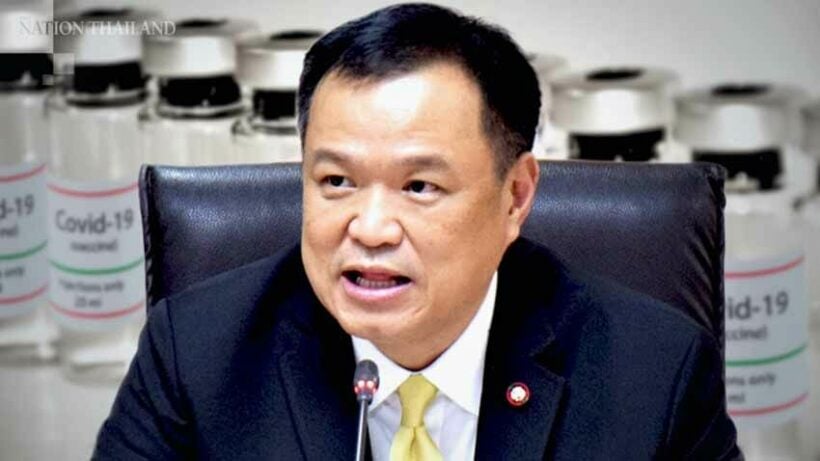 Thailand’s Public Health Minister has refuted accusations that the government has failed to procure Covid-19 vaccines in a timely manner, demanding that the media stop confusing the public. A somewhat vexed Anutin Charnvirakul says Thailand cannot be compared with other countries as the Kingdom now has a deal to produce the AstraZeneca vaccine locally. This will make it easier to obtain and distribute the vaccines without having to wait on supplies from overseas.

“Thailand had devised a carefully planned vaccination programme. But when a second wave occurred, it was necessary to adjust the plan. While the second outbreak was the result of violations of laws – illegal entry and gambling — some are trying to point the finger of blame at public health officials. I don’t want anyone to compare the Thai public health system with other countries because Thailand ranked high on the list of countries that are successful in containing the Covid-19 outbreak.”

In January, Thailand was ranked 4th of 98 countries for its handling of the Covid-19 pandemic, according to Australian think-tank, The Lowy Institute. However, the government has been criticised by some for not signing up to the Covax agreement in the early days of the pandemic. Covax is an alliance of organisations, that includes the Coalition for Epidemic Preparedness Innovations and the World Health Organisation, which aims to guarantee the fair distribution of vaccines worldwide. The alliance supplies poor countries with free or low-cost vaccines, but Thailand is classified as “self-financing”.

The Bangkok Post reports that countries that joined the Covax agreement are now starting their vaccine rollouts. Thailand decided not to join the programme, choosing instead to strike deals with manufacturers directly. Anutin says the first doses of Covid-19 vaccines should arrive this month and will be given to priority individuals.

He has also confirmed that the private sector and local administrations are not authorised to purchase vaccines. Several business groups and representatives on the southern island of Phuket had proposed funding the vaccination of 70% of the island’s population, with the aim of achieving herd immunity and being able to open to international tourists from October 1.

Meanwhile, PM Prayut Chan-o-cha says the Kingdom will take delivery of 200,000 vaccine doses this month, with a further 800,000 arriving next month, and 1 million in April. Health officials say Thailand will have vaccinated 50% of its population by the end of the year.