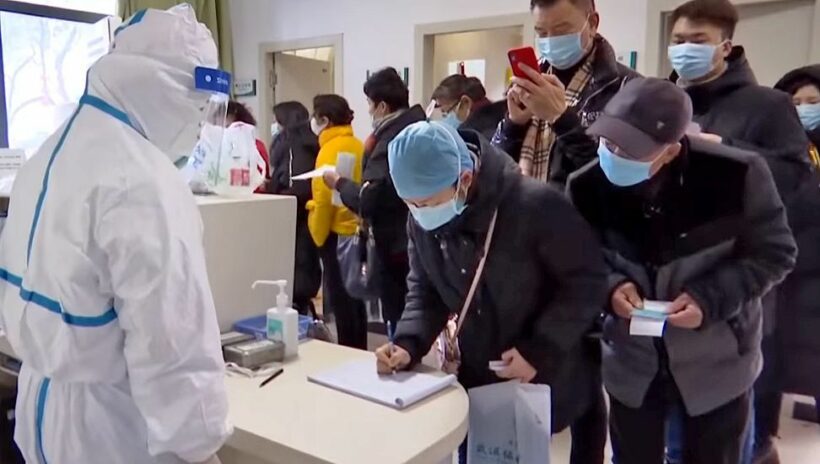 PHOTO: WHO health checks at an airport in Canada - The Media Times

The World Health Organisation has announced that… “it remains unclear if the deadly coronavirus, which broke out in Wuhan, China five weeks ago, is contagious during its incubation period before symptoms appear. The virus, causing a pneumonia-like respiratory infection, has killed more than 100 people and infected over 4,500 in China, while cases are now identified in more than a dozen countries around the world (as of 12pm January 28).

The WHO says new virus, aka. 2019nCoV, is believed to have an incubation period of between 2-10 days.

“Understanding the time when infected patients may transmit the virus to others is critical for control efforts.”

The WHO hasn’t confirmed assertions made by Chinese medical authorities that people who are infected can spread the disease before they show any symptoms.

“Detailed epidemiological information from more people infected is needed to determine the infectious period of 2019nCoV, in particular whether transmission can occur from asymptomatic individuals or during the incubation period.”

Meanwhile, the WHO has stopped short of declaring the outbreak an international “public health emergency”. To do so would be a rare declaration used only for the worst outbreaks triggering more concerted global action.

But WHO has admitted that its risk assessment for the deadly virus has been incorrect, acknowledging the global risk was “high” rather than “moderate”.

The virus has caused global concern because of its broad similarities to the Severe Acute Respiratory Syndrome (SARS), which appeared in 2002/2003 and killed hundreds across mainland China and Hong Kong. That virus was also linked to origins in wild animals, in the case of SARS, from cave bats via Civet cats. Read some comparisons HERE.

The new coronavirus is believed to have contaminated humans from animals in a Wuhan fresh meat market. Since then it has been identified as spreading human-to-human. At this stage the precise mode of transmission is unconfirmed.

In another comparison to SARS and the other deadly coronavirus MERS (Middle-East Respiratory Syndrome), the WHO suggests that the new virus is probably spread through droplets – people sneezing or coughing – or through direct contact with infected people or objects they touched.

The WHO has not recommended any international travel or trade restrictions at this stage, but is now call ing for “high levels of vigilance”, including encouraging airport exit and entry screening for airline passengers.