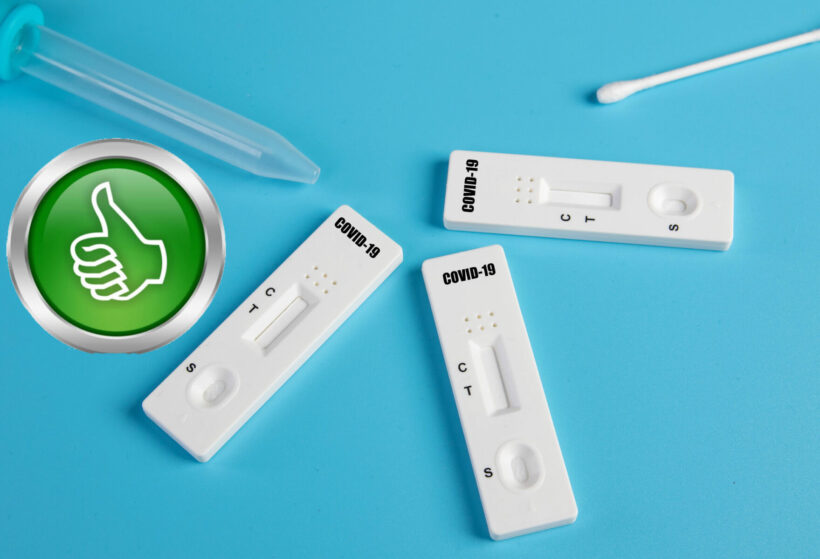 PHOTO: After pausing for efficacy concerns, the GPO will go ahead with a deal to import Chinese Rapid Antigen Test Kits. (via Flickr Marco Verch)

The Government Pharmaceutical Organisation has made 2 u-turns in as many days with plans to now go ahead and purchase 8.5 million antigen test kits from a Chinese manufacturer with questionable accuracy. The GPO had originally announced the plan to import Sars-CoV-2 Antigen and Leccurate Antibody Test products by Lepu Medical Technology before changing course and pausing the purchase after being publicly derided by the Rural Doctors Society for choosing the kits based on the cheapest price instead of the best quality and highest accuracy.

Now it seems that the pressure to procure large quantities of the antigen test kits has outweighed the safety and accuracy concerns and the deal will go ahead immediately as planned. The GPS says that all quality standards have been met and that the bidding process that awarded the contract to the Chinese company has been transparent.

The antigen test that the Thai government has now decided to import have been pulled from the shelves in the United States after a warning from the American Food and Drug Administration that they carry a high risk of false results. But the 8.5 million test kits were offered at 70 baht each making them perhaps the most affordable option.

The secretary-general of Thailand Food and Drug Administration says that the manufacturers have met the FDA’s standards for home use and that the kits have been approved for use in Japan and several European countries. He claims that they were pulled from US shelves because the manufacturer has not tested them properly or applied for registration.

The Faculty of Medicine at Ramathibodi Hospital conducted real lab testing along with the FDA and Medical Technology Council and say that the test kits have surpassed the 90% sensitivity test and, when compared with RT-PCR tests, have 100% specificity.

The secretary-general strongly asserts that the FDA approval process in Thailand is in line with the World Health Organization, American guidelines, and international standards. the 4-step process for approval includes expert examinations and lab tests at three different medical schools.

The GPO director assured that the bidding process was transparent with no favour given to any supplier, and the Chinese company is one of 32 kit manufacturers approved by the FDA. With the decision to proceed with the contract, the antigen test kits should be able to be imported within the next 2 weeks.

MrStretch
The fact that the US has pulled the use of these "kits" because of their false positive possibilities should have been enough for the Thai government to pause, but hell, no..."Let's risk it because we are Cheap Charlies and the…

Poolie
2 hours ago, MrStretch said: The fact that the US has pulled the use of these "kits"   9 minutes ago, EdwardV said: Whataboutism - while true it has nothing to do with the supposed quality or lack of with…
Bangkok_Gary
Follow the money...