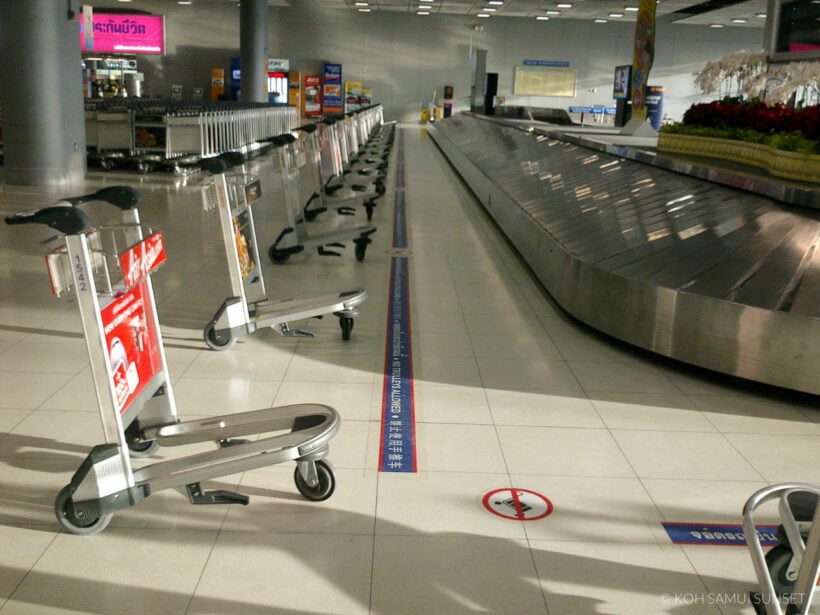 The Civil Aviation Authority of Thailand has today announced an extension of their current ban on international travel another month, until at least the end of June, 2020.

The current ban on scheduled international flights was extended last month to cover May, up to May 31. But now the CAAT have announced the extension for at least another month. There was no specific reason given for the extension beyond the government’s narrative of “protecting Thailand from further outbreaks of Covid-19”.

So the earliest any foreigners will be able to fly into Thailand will be at least July, assuming the ban isn’t extended further. There are still 1000s of Thais waiting to repatriate and it could take at least another month to get them all back with expensive chartered flights and onerous paperwork required before they can return.

As per the current ban, it will still allow chartered repatriation flights of Thai citizens, military aircraft, emergency and medical flights. But no scheduled commercial flights are allowed under the current ban.

Just yesterday the CAAT also did a quick U-Turn on the proposal to re-open Phuket International Airport today, saying that it will now remain closed indefinitely.