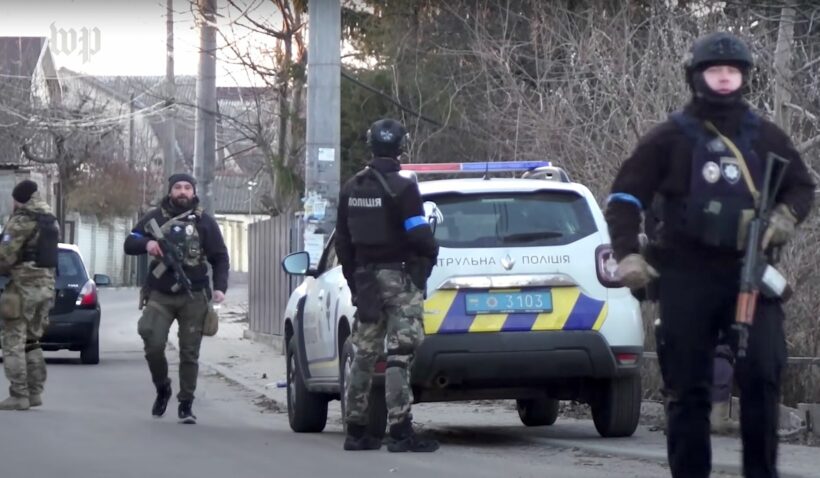 As the Russian invasion of Ukraine enters its second month, here’s the latest headlines…

• Turkey peace talks: Russian and Ukrainian representatives have arrived in Istanbul for another round of negotiations — first face-to-face talks in more than two weeks. Ukraine says its top priority is to negotiate a ceasefire, but insisted Kyiv would not make concessions on territorial integrity. Russia’s Foreign Minister said Moscow hoped the meeting “would achieve our fundamental goals.” Meanwhile, Russian has maintained its maximalist demands of claiming land in the Donbass region of Eastern Ukraine, as well as the disarmament of Ukraine, its adopting a neutral status and agreeing not to join NATO. The talks are set to begin on Tuesday morning in Istanbul. The two sides last held talks virtually two weeks ago, after earlier face-to-face negotiations in Belarus.

• Russia deterred: According to a senior US defense official, Russian forces have stalled progress around Ukraine, including near Chernihiv, Mykolaiv and Kharkiv. Russian troops have not made any progress in moving towards Kyiv. But fighting continues on the capital’s outskirts. Meanwhile, Russian forces remain in control of areas north of Kyiv.

• Capital counterattacks: The mayor of Irpin says Ukrainian forces are back in control, after successful counterattack operations to recapture the key suburban city outside Kyiv. Cleanup operation are still taking place and it’s not yet safe for civilians to return. Irpin has been the site of some of he fiercest fighting since the start of the conflict and most civilians have fled. But Ukrainian authorities caution that Russia has not given up on their goal of encircling Kyiv.

• Southern siege: Mariupol says 5,000 people have been buried in the southern port city, with an estimated 10,000 having lost their lives, including 210 children. Russian forces have concentrated their control around the city. with evacuation corridors largely under their control, according to the city’s mayor. Weeks of Russian bombardment have decimated the city, killing an unknown number of civilians. Those who remain are struggling to survive with little food, water and medicine, as well as no electricity and heat, in what has become a major humanitarian crisis. Amnesty International has condemned the siege on civilians as a war crime. On Monday, the mayor called for a complete evacuation of all residents, saying…

“We are in the hands of the occupiers.”

• Biden’s bumble: US President Joe Biden has clarified his remark that Putin “cannot remain in power,” saying it was his personal “moral outrage,” rather than official US policy. Biden clarified it was his personal opinion, not a change in official policy. Biden’s improvised remark, which he added at the end of his speech in Warsaw on Saturday, sent White House officials scrambling to clarify the president’s intent and the country’s foreign policy.

• Zelensky’s plea: Ukrainian President Volodymyr Zelensky is pleading for world powers to toughen their sanctions on Russian. This includes an embargo on Russian oil.

• Russian war crimes: Meanwhile, Amnesty International has likened the tactics of Russian forces in Ukraine resembles its wars in Syria, Chechnya and Georgia. They are using siege tactics and cluster ammunitions, as well as other illegal means, that are banned under international humanitarian law.

• Russia pushed back: The General Staff of Ukraine’s Armed Forces says that Russian units in the country are now “disoriented” and “weakened” after fierce resistance from Ukrainian forces. A large part of the Russian force deployed inside Ukraine “is cut off from logistics,” the general staff said in a daily operational update….

“The command of the Russian occupying forces is trying to compensate for the decline in the combat potential of the enemy’s units by indiscriminate artillery fire and rocket-bomb attacks, thus destroying the infrastructure of Ukrainian cities.”

• Refugee count: So far, more than 3.8 million people have fled Ukraine since the war began last month, according to the UN. About half of the refugees are children.