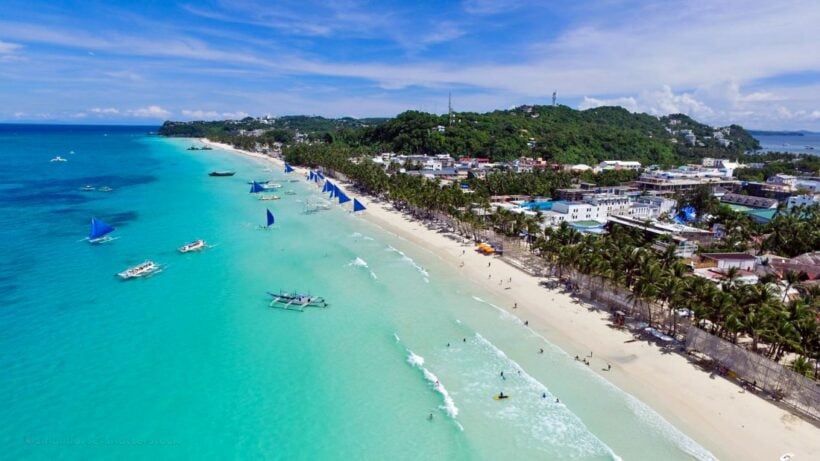 Fewer hotels, no smoking or partying on the beaches. And construction works will still be going on. Welcome to the new Boracay.

The Philippines’ tourist magnet will reopen on October 26 after phase one of the island’s rehabilitation is completed. But work is on-going improving roads, constructing sewage systems and some beaches still remain in a ‘critical condition’. Some hotels won’t be re-opening until next year as they sort out their basic infrastructure and sewage, as per the demands of The Philippines government.

And it’s not as if they’re making new air fares cheap or the schedules easy from gateway cities Singapore, Hong Kong and Bangkok. Travel time can reach an unbearable 21 hours depending on which routes you take.

The Philippines president, Rodrigo Duterte, surprised the island’s travel industry back in April when he described Boracay as a ‘cesspool’. He ordered an unprecedented shutdown closing the island to tourists for six months to clean up the sea and end the practice of pumping raw sewage into bays where tourists thought it was safe to swim.

ttrweekly.com reports that airlines stopped all flights to two airports, Caticlan and Kalibo, both on the neighouring Panday island that served visitors to Boracay. Kalibo, which is 68 km from the Caticlan ferry port has more international flights, while Caticlan airport, just a short distance to the ferry port, is served mainly by domestic flights from Manila, Cebu or Clark. Travellers take the ferry across the narrow 2 km straits between Panday and Boracay islands.

The first flight, courtesy of Cebu Pacific, will land at Caticlan airport October 26 from Manila, 315 km to the north.

One of Boracay’s beaches, appropriately named Bulabog, will still under a construction cloud as the new sewage works there are behind schedule. But most of the other beaches are back in business although with fewer hotels and hotel rooms.

Before you head off to Boracay note that the “Party at the Beach” tagline, adopted for the island’s advertising campaign, is no longer valid.  Beach parties are now banned. No drinking, no littering and take your cigarettes elsewhere please! Officials say they will strictly enforce the new beach code.

But we are told White Beach is ready and waiting for the first tourist footfall to get economic recovery for the 35,000 island residents back on track.

Government officials confirmed that around 90 resorts of the 296 properties registered would be compliant with new regulations on sewage treatment by October 26. It should give the island around 5,000 rooms down from the 15,000 that were in business last April.

Logistics are still critical for getting tourists to Boracay and the flights and connections are still unfriendly.

Caticlan (MPH) is the most convenient airport for the land and ferry transfer to Boracay but it requires a change of plane in Manila, Clark or Cebu.  The alternative is Kalibo, 65 km from the ferry port serving Boracay.

Out of Singapore, Cebu Pacific’s best fare is US$289 on Skyscanner compared with US$345 if you book direct on the airline’s website.

Out of Bangkok, AirAsia has the best deal to Boracay at US$279 roundtrip, but the trip is a long-haul trek of 13 hours and 50 minutes departing Bangkok at 2115 and arriving at 1200 on the following day at Caticlan. There’s a change of plane in Manila.