Hazing (US English), initiation ceremonies (British English), bastardisation (Australian English), ragging (South Asia), or deposition, refers to the practice of rituals, challenges, and other activities involving harassment, abuse or humiliation used as a way of initiating a person into a group including a new fraternity, sorority, team or club.

In Thailand, hazing is not only rife, it’s seen as a rite of passage for young Thais as part of their cultural inculcation into the subservience they’re expected to display elders or people with more money or higher positions than them. What’s mistaken for ‘respect’ is actually a cultural party trick where children and young adults are ‘trained’ to be deferential from an early age.

In recent years there have a been a few high-profile deaths of army trainees, in the care of their Academy leaders, but allegedly subjected to initiations and bastardisation that is just ‘par for the course’ for the education of young Thais.

In a response to the recent death of Phakhapong Tanyakan at the Armed Forces Academies Preparatory School on October 17 last year, the Thai Deputy PM and Defence Minister Prawit Wongsuwan claimed that he “was not beaten to death, but just too weak to withstand tough training.”

He went further saying “I was once beaten more than I could take and I fainted too. I didn’t die. For this, before the school accepts kids for entry, they must give them a proper physical check-up.”

When you get you get such official, public, responses from the top you can see how this hazing culture continues to thrive in the, otherwise, Land of Smiles.

We spoke to three foreign teachers in Thailand, all speaking on condition of anonymity, about the culture of hazing in their schools and the benign version of that in primary schools, ‘wai khru’.

“Hazing is seen in many different types of social groups, including gangs, sports teams, schools, military units, fraternities and sororities. The initiation rites can range from relatively benign pranks and was khru, to protracted patterns of behavior that rise to the level of abuse or criminal misconduct.”

For the families of hazing victims these ceremonies can be catastrophic, as in the tragic case of Phakhapong Tanyakan.

A 19 year old armed forces cadet, previously subjected to harsh physical discipline, suddenly died a day after returning to school from a break. His parents were told he suffered from a sudden cardiac arrest but became suspicious of possible foul play after a detailed autopsy report never came. – Khaosod English

But he’s not the only one. Hazing and cruel or unusual initiations are conducted every day around the Kingdom but with a growing concern about the practices, both from the young students themselves and concerned older Thais, who realise the dangers of ‘persuading’ youngsters to respect elders needs examination in a modern 21st century Thailand.

We spoke to a respected senior Thai businessperson, again on the condition of anonymity, who said he had seen too much hazing going on during his time at school and then whilst training in the military.

“I was a victim of this type of bullying. I was told to ‘be a man’ and that all Thai men have to go through this. I think it is degrading and breaks human spirits. It teaches fear of those we are meant to respect. It has to change.”

It all starts when young Thais are subjected to the Wai Khru or ‘Teacher Wai’ where students are expected to prostrate themselves in front of their teachers in a show of respect. But a broad spectrum of foreign teachers not only feel uncomfortable with this faux-deference, some of them go out of their way to be away for that day or, sometimes, even speak out about their concern with this tradition.

“I made the mistake of speaking out about the Wai Khru in our school. I just found it demeaning for the poor students who had to rehearse all week for this totally meaningless show of respect. I didn’t feel respected, I felt sick. I ended up being ostracised and had to leave that school.”

Whilst many Thais continue to wonder why westerners might find all this kowtowing and prostrating could cause concern, you just need to examine the deaths in the Army preparatory schools as the end result of ‘demanding’ obedience and deference to elders. In western culture, I have learned, respect is something that is earned, not demanded.

“Hazing is undignified, humiliating and cruel… not my words, but the words of students who are made go through this horrible experience. It’s meant to be a sign of showing respect to your seniors but it’s nothing more than a shameful indulgence at the expense of the students,” said a long-term foreign teacher.

“Making students crawl around on the ground acting like animals in front of their peers, does nothing for either senior or freshie students. I have stopped attending Wai Khru day as I find it terribly uncomfortable for myself and for the students. You can see the look in their eyes as they approach you and are ordered to bow before the teacher. Teachers, like everyone else, should learn how to earn the respect of their students.”

A young female foreign teacher first thought that the Wai Khru was ‘cute’ but has changed her tune over the years.

“Wai khru was the highlight of my first year teaching in Thailand. I was, and still am, extremely humbled and deeply touched by this beautiful tradition intended to recognise a teachers’ role in children’s life and to give said children the opportunity to express their gratitude to their teachers.

“But throughout the years I have started to look at this event with a more critical eye and I wish it weren’t as rehearsed and staged as it unfortunately is. At our school, rehearsals for Wai Kru start a week prior to the event. During this week, children are drilled incessantly until they have mastered the walk, the bow and the wai leading up to the offering of the flowers that they are eager to free their sweaty little palms of.”

Wai Khru continues to be practiced in all Thai schools as a long standing tradition and show of respect for teachers.

“Although I understand and commend the wonderful intentions behind such practices, I feel that much like other sorts of drilling that these students endure, this sadly takes away from the true purpose of it all. For want of a picture perfect event, meaning is lost and a demonstration of gratitude is transformed into a dreaded labour,” she said.

An investigation into the death of Army cadet Phakhapong Tanyakan, by military investigators, found no wrongdoing by the Preparatory School. The parents have consistently called for a probe into their son’s death and are still pursuing legal action. 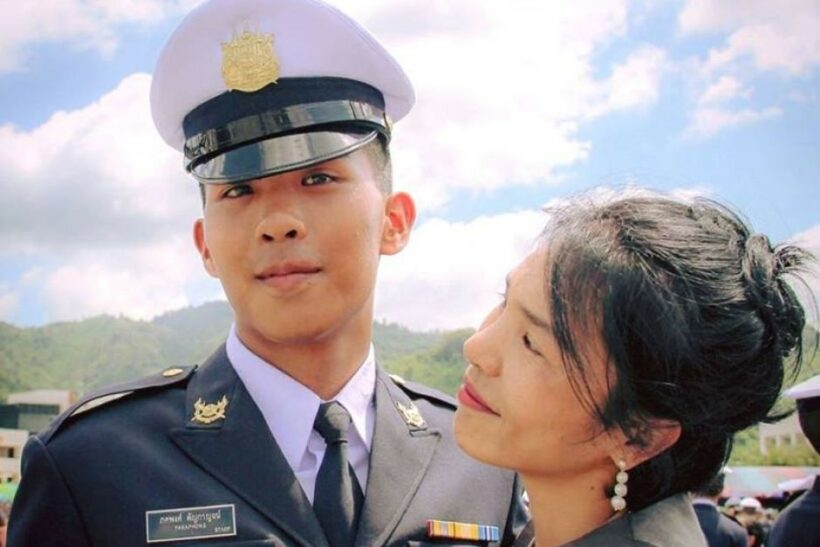 Visa run to Penang – a personal experience in Thailand (2019)