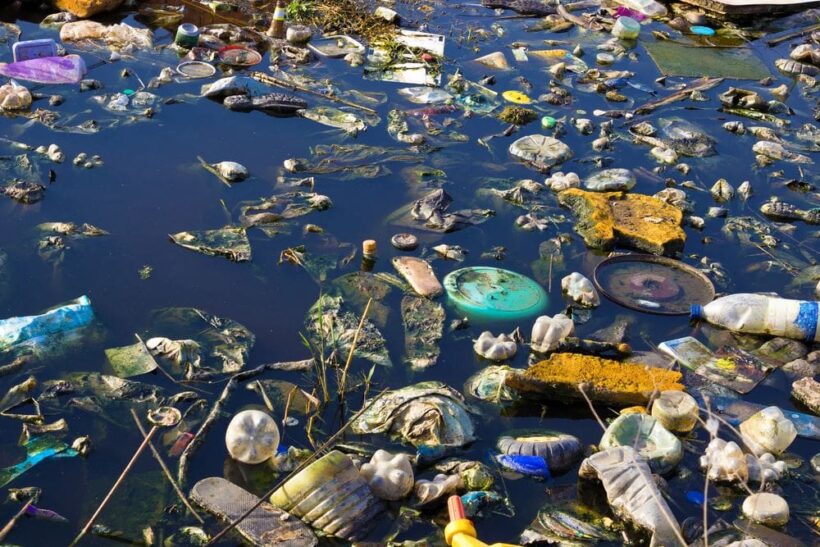 Would you believe that 90% of plastics in the ocean comes from just 10 rivers? 9 are located in Asia and one of them borders Thailand. So what are the most plastic polluted rivers in the world?

Disturbingly, 270,000 tonnes of these plastics are merely floating around on the ocean surface. That is more than 5 trillion individual pieces when broken down, excluding the millions of microplastic particles. You might be thinking that 270,000 tonnes is a lot, and you’re definitely right!

Obviously, this current amount of plastic garbage is wreaking havoc on our once pristine marine biodiversity. Approximately 700 marine species are in danger of extinction because of plastic pollution.

Sadly, 100,000 marine creatures are already dead because of plastic entanglement, while two-thirds of fish worldwide are still suffering from plastic ingestion.

Plastic isn’t really that fantastic. In a world where plastic is literally everywhere, the term “plastic river” is no longer a shocker.

When landfills fall short to accommodate all our trash, society turns to the rivers. This results in rivers that are entirely covered with waste. When seen from above, these rivers look like a solid sludge of plastic waste. All these rivers are channelled into the ocean, bringing the trash with them.

The top 10 most polluted rivers in the world have one thing in common – they are located alongside large human populations with poor waste management systems. Together, they deliver almost all the plastics in the entirety of our oceans.

One of the longest rivers in Asia and one that’s close to home. The Mekong River travels through Asia bordering various countries like China, Myanmar, Laos, Thailand, Cambodia, and Vietnam. It supports 200 million people depending heavily on agricultural and fishing industries.

The 9th ranked most polluted river on our list is the main river of West Africa. Niger River supports over 100 million citizens of Africa. From Nigeria, it flows through five countries before ending up in the Atlantic Ocean.

Also known as Heilong River, Amur River is located between the borders of the Heilongjiang province of China and Russia’s Siberia, before being emptied on the vastness of Okhotsk Sea.

Ironically, this river was named after its pearl-coloured shells lying at its bottom that flows through Guangzhou City. Another one of China’s most notorious river for harbouring plastics, this river isn’t looking pearly anymore. As a matter of fact, Hong Kong is consistently suffering from trash coming from Pearl River being washed on its shores.

Considered to be the most polluted river in India, The Ganges River is upsettingly sixth on our list of the most polluted river in the world. It is worshipped as “Ganga Mata”, the divine mother responsible for sustaining life and nurturing civilization throughout India’s history. It provides water resources to over half a billion people or 40% of India’s population. Despite these facts, an overwhelming amount of 1.2 billion pounds of plastics are still dumped here annually.

Another one of China’s nastiest rivers, Hai River is the fourth on our list. It flows between two of the most densely-populated regions of China, Tianjin and Beijing, before emptying into the Bohai Sea.

China’s cradle of civilization, Yellow River is the third longest river in Asia, next to Yangtze and Yenisei. It’s also the sixth longest river in the world, flowing through nine of China’s provinces to the Bohai Sea. This river is almost beyond salvation because of undrinkable water and 30% of its fishes gone.

3rd on our list, the Indus River is the longest in Pakistan. Its basin is covering over 384,000 square miles of open land, 204,000 of which lie in Pakistan. It’s one of Asia’s largest rivers running through Pakistan and India to the Arabian Sea. Aside from plastics, this river’s pollution is also from the absurd amount of sewage wastes.

Located yet again in China, the Yangtze River is the longest in Asia and third longest in the world. Its reputation is the 2nd worst on our list for flowing out a staggering amount of 1.5 million tons or 55% of the ocean’s plastics. Flowing through some of China’s most populated regions like Shanghai (22 million), Wuhan (9.8 million), and Chongqing (7.5 million), the river’s basin is a home for 480 million people or one-third of China’s population. Because of the highly-consumerist lifestyle of the Chinese populace, their waste management system can no longer keep up.

The Most Polluted River in the World – The Citarum River

And finally, the leader of this infamous list, the Citarum River, regarded as the most polluted river in the world. Located in Indonesia, flowing down a basin that is home to millions of people. Due to the increase in industrial development and almost zero waste management, the river is succumbed by domestic, chemical, industrial and numerous types of water pollution.

The fisherman that once depended on the clear waters of this river for their lively hood, now cast their nets not to catch fish, but instead, to catch certain garbage that might have a scrap value. The Citarum river has turned fishermen into garbage men.

Knowing from here how serious plastic pollution is, trust me when I say that we’re barely scratching the surface. The severity of the problem could come to a point of no return, we may not be able to win the life back in our oceans if we continue. Let’s stop creating tragic stories like the sperm whale incident or the sea turtle with a plastic straw stuck on its nostrils.

We can still do something about it. In fact, we have to do it now! Let’s actualize the rule of 5 Rs – Refuse, Reduce, Reuse, Recycle, and Repair – or just say “No” to Single-Use Plastic.

We can all be a little more responsible for the monstrous amount of trash we created. Here are 5 simple tips to Reduce Plastic Waste and you are more than welcome to join us on one of our beach cleanups at the Clean the Beach Boot Camp – first we train, then we clean! 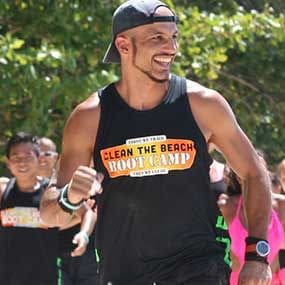