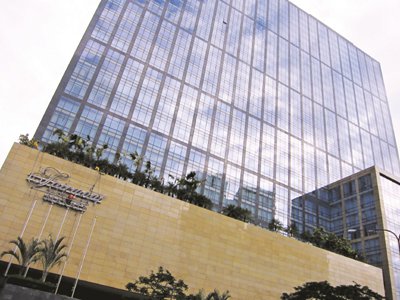 PHUKET: When I was in school, science classes usually just elicited a big yawn and most likely you’d find me ditching the enforced boredom for a smoke out back of the gym.

Be it biology, physics or even branching out to those other affiliated headaches like algebra, calculus.

My short breaks became afternoon off’s. Ferris Bueller only dabbled in this thing as I embraced the life of a high school truant.

Years later with calculators, computers and, yes, an accounting department, all I can say to kids is… don’t listen to your teachers. It’s all propaganda. Look at Communism; you can’t even get a decent steak and bottle of red wine. I can’t quite work out the relationship except I had a math teach who looks like Castro or Lenin. Come to think of it he bore a closer resemblance to John Lennon.

Science to me these days means watching the Discovery channel. Edutainment at its finest be it doomed fisherman or gold seeking trailer park trash.

Yes, television is a recurring theme in these columns as I continue to enjoy sitting in a comfortable chair, petting my trusty golden retriever Koko and reveling in a mindless pastime.

And yet while channel surfing just the other night I came across a discussion about physics and the center of gravity. Here is the process which Wikipedia describes as “distribution of mass in space is the unique point where the weighted relative position of the distributed mass sums to zero.”

Actually I have no concept about what this means. I missed all those classes. And yet the concept of this mass, which searches out stability and in an airplane keeps you up in the sky is not arcane at all.

A few days ago my travels took me to Manila to a real estate investment conference. The organizers even termed the event a summit. Brand speak, yes, but hey who’s criticizing. While the country remains off the radar for many, its property sector is one of the most vibrant in the entire world.

While the world does a financial loop de loop, in the Philippines strong demand is driving new projects everywhere you turn the eye.

Be it Asia’s newest mass gaming project – PAGOOR’s Entertainment City on Manila Bay – to the master planned Fort Bonifacio, which is being touted as the next CBD, ala Makati. Towers are jumping out of the ground not unlike one of those Transformer sequels.

One key driver remains the sustained inflow of remittances over Filipino OFW’s (Overseas Foreign Workers). In 2012 this is expected to account for 6.4% of the nation’s GDP. An estimated USD364 million is expected to be spent on domestic property investment in the country.

One of the conference speakers pointed out the three leading reasons for leaving to work outside was to create a sustainable livelihood, pay for the education of children and, as a caveat, buy their own home back in the Philippines.

Commercial property is another important contributor, with a decade-long surging Business Process Outsourcing (BPO) sector grabbing as much urban CBD office space as it can. While the showpiece on the industry has been call centers, the reach now extends into back office accounting and finance, design and architecture and financial services.

The world’s multinationals continue to cut and trim their expense lines to maintain profit and many of these initiatives find a willing workforce in Southeast Asia.

Coming along for the ride is a vibrant retail climate. Filipino’s love malls. Actually everyone loves malls, except for communists and even they are starting to feel the magnetic pull of those food courts and branded goods.

Luxury is another force to be reckoned with in the new Manila. One developer, Century 21, has found a niche with branded offerings by Trump and Paris Hilton, and is not tapping into the celebrity design game with Philippe Starck.

So there you have it, the world’s most densely populated city and the largest in the universe coming together in a real estate zero hour.

After years of political pogo, it’s great to see the economy showing signs of reaching its potential. Maybe there is something to be said for the search for the center of gravity after all.