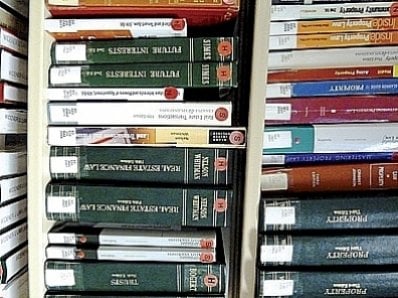 PHUKET: Separating emotional excitement from the need to impartially assess the risks of an important investment when purchasing a dream home is not easy.

A real estate agent may have shown the purchaser glamorous photographs and conducted a personalized tour, so the desire to sign on the dotted line might impair the purchaser’s judgment.

The real estate industry in Thailand, including Phuket, is largely unregulated and it is therefore imperative that a purchaser consider the following steps and tips as a pre-requisite to achieving the dream.

The Developer: In an unregulated market, and, particularly when buying a property off-plan and therefore unseen, a prudent purchaser should do all they can to check a developer and his track-record.

When buying off-plan there is nothing to see beyond the glossy marketing information, and until construction is completed the purchaser is always under a degree of risk.

A new developer will by definition have no track-record so the purchaser must do all he can to talk to other purchasers and real estate agents. While it is inevitable that some risk must be accepted, let’s keep that risk to a manageable level.

As freehold title is not available to foreigners, aside from condominiums (the subject of last month’s article), any acquisition made in a foreigner’s personal capacity must be leasehold, so the developer/land owning company will be the purchaser’s landlord.

A prudent investor must therefore establish that the landlord seems likely to be able to uphold his long term obligations under a lease. If the economics justify it, procuring a letter of good standing from the Bank of Thailand or a company credit report might be well justified. A long term lease from a public listed company would be ideal, however an unlikely prospect.

Payment: Property construction generally requires payment by a schedule of installments, the frequency of which is determined by milestones in construction being met. The schedule needs to be carefully considered both in respect of the purchaser’s ongoing budget and in respect of the milestones themselves to ensure that the payments fairly reflect the value of the works completed at each stage and are not too front-loaded thus leaving insufficient funds to complete the structure.

The advice of an independent engineer or surveyor might prove invaluable.

Leap of Faith: The decision to purchase having been made, the next step is often (although not always) to make a reservation by executing a Reservation Form and paying a small percentage of the overall price as a proportion of the deposit. This is a show of commitment, which ties both parties to the process and triggers a defined time line within which it is expected that the contract terms will be settled.

Care must be taken, as the reservation fee ought to be refundable in certain circumstances, in case it is discovered that there is an irreconcilable defect in title.

A purchaser should be aware that for all payments into Thailand it is prudent to remit foreign currency. The on-shore rate is better than elsewhere.

Contracts: Having made a reservation, the parties will need to agree to the form of contracts, which might comprise a sale and purchase contract, a long-term lease, a construction contract, maybe a management contract, and the form of transfer of a building permit for villa ownership.

The contracts will all need to be carefully considered and adjusted according to the best interests of both parties. Competent developers will have all necessary base documents in place to ensure a smooth transmission for the purchaser and his lawyer to review.

Legal Advice: In Thailand the law does not guarantee clear title. All title and land issues should be investigated in the district where the property is located.

When choosing a lawyer, a local presence is beneficial. Quality legal services need not be expensive and it should be possible to agree to a fixed fee rather than employ a lawyer on an hourly rate basis. A reputable firm will have no hesitation to advise initially on a no-charge basis and discuss what is necessary to set the purchaser at ease.

Ownership: The review and negotiation of contracts must be done expeditiously and effectively in order to protect the investment.

Until the point of registration, which may be at some distant date depending on the payment terms, an effective contract is the purchaser’s only real security. A lease in Thailand can only be registered for a term of 30 years, and although that lease term may be renewed on two occasions, the landowner’s obligation to do so depends on the contract. The contract must therefore be written in a way that obliges the landowner to ensure any successor is similarly obliged to renew the lease and that the lease shall be binding upon and inure to the benefit of any succeeding party.

Equally the contract must provide that the purchaser has the right to pass on the lease to
another, who shall be similarly protected. Occasionally the landowner’s obligation to renew can be underscored by the purchaser obtaining a minority, but controlling interest, in the landowning entity.

Ownership of a lease through an off-shore company is also an option, enabling a property owning company to be sold with no taxable event occurring on-shore within Thailand.

Construction: During the construction phase, the purchaser should be regularly informed and updated, with construction milestones being achieved triggering payment installments. Factual accuracy might be checked by an engineer or surveyor as previously described. More on construction in next month’s article in the Phuket Gazette!

Warranties: Any property will suffer small defects after construction is completed and a good developer will promptly and efficiently remedy the same.

While condominium purchases carry a statutory one year warranty by law, the purchaser of a villa will have to rely on his contract. Typically the structure itself will be guaranteed for two years, with non-structural items (for example water pumps and appliances) guaranteed for one year, and individual warranties provided for swimming pools and those items with longer guarantees from the suppliers or manufacturers.

The law in Thailand does not provide protection against latent defects (those defects which might appear at some later stage but which are previously undetectable to the naked eye) so these need to be provided for within the construction contract.

General: When a project is completed (sometimes not until the inclusion of neighboring villas) and any mortgages on the land are redeemed, the developer will be ready to proceed to registration.

Registration at the land office is the purchaser’s principle security. Although the means of ownership differ within Asian countries, the process of purchase and registration is not so different.

In Thailand the use of nominee shareholders in land owning companies is illegal, so the purchase of leasehold interests is common and well tested. In Indonesia, by contrast, property may be owned directly by foreign companies, whereas in Thailand, land may only be owned by Thai nationals or properly constituted Thai companies, hence the practice of leasing. Other countries allow longer lease periods, and some countries allow foreign freehold purchases over a certain monetary value. The point is that, although Asian countries have different rules, any prudent purchaser must decide what is comfortable to them relative to the desired country.

In Thailand the real estate industry is still largely unregulated, although consumer protection is on the increase, particularly regarding condominiums, but the protection is not yet as sophisticated a