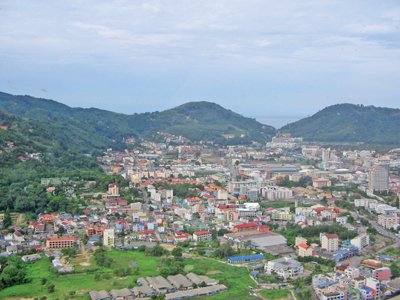 But demand for homes in tourist destinations, especially Phuket, is still strong, according to a survey by the Agency for Real Estate Affairs (AREA).

Samma said most home-buyers who are considering projects in the capital and its suburbs are concerned about location.

Their target may change from single family homes or townhouses to condominiums at places that have never experienced flooding. Those neighborhoods that escaped the floods will be their first choice.

Developers with land in flooded locations will have to revise their projects before introducing them to the market. That will take three to six months.

Developers who do not own land in flood-hit locations will not buy land close to those locations.

The property market in the first half will show stable or slight growth, but will recover in the second half after adjustments are made and the government comes out with a clear policy to manage floods, he said.

President of AREA, Sopon Pornchokchai, said that although the Greater Bangkok market was soft, demand for vacation homes in resort areas like Phuket was robust, especially from foreign investors interested in owning a second home.

Phuket Property: Drilling for a response