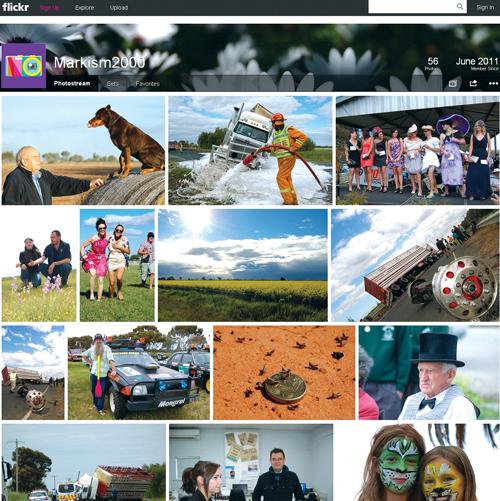 PHUKET: Popular photo sharing service Flickr recently revamped its website interface and Android app with a new photocentric layout. Perhaps the biggest change aimed at luring more people to their service is the increase of its online storage space to one terabyte per user. The new layout fills the screen with photographs using a black background and minimizing empty space.

Posting on the the company’s corporate blog, Yahoo CEO Marrisa Mayer said: “We’re thrilled to take Flickr even further with a beautiful, completely re-imagined experience that puts photos front and center. When it comes to photography, technology and its limits shouldn’t hinder the experience. So we’re also giving our Flickr users one terabyte of space – for free.”

Key features of the redesign include an “endlessly scrolling” gallery and a full screen high resolution slideshow gallery. To increase its social-media functionality, a new Activity Feed feature will allow users to see their own recent uploads mixed together with those of their friends.

According to the Flickr website, one terabyte of storage equates to 537,731 photos shot with 6.5-megapixel cameras, or 218,453 photos for 16-megapixel photographs.

Users with free accounts will now receive one terabyte of photo and video storage, be able to upload individual photos up to 200MB in size and 1080p HD videos of up to 1GB each and up to three minutes long. For US$49.99 users can upgrade to an advertisement free service with the same features as the free account. And for US$499.99, users can double their storage space to two terabytes.

While reactions to the new design by long-term Flickr users has been mixed, most industry watchers have responded positively. Leading computer magazine PC Mag has given the new layout the tick of approval saying: “If you care at all about digital photography, you owe it to yourself to get acquainted with Flickr.

“Not only will you get a way to display your images to millions of photo enthusiasts, but you’ll get a full terabyte of full-resolution image backup for free, interaction with like-minded photographers, and best of all, the ability to discover and interact with a near limitless treasure trove of photography.

“The attractive new design and huge free storage limit makes it all the more compelling for new users. No one else can match Flickr‘s group abilities, organization, interface, and storage allowance; Flickr remains our Editors’ Choice for photo sharing sites/services.”