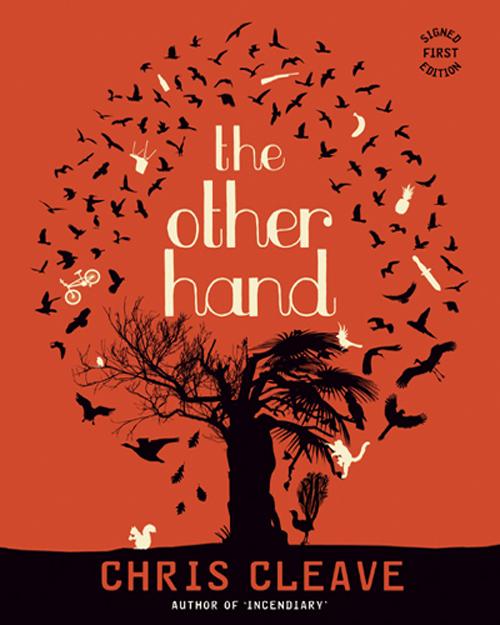 PHUKET: When Chris Cleave’s second novel The Other Hand (Sceptre, London, 2009, 378pp) was first published in the UK, it sold a mere 3,000 copies in hardback. Word of mouth spread, however, and by the time the novel was published in the US it became the top New York Times best seller.

I had never heard of it, but a friend of mine in Jerusalem sent me a copy and I’m glad she did. Sharp dialogue, vivid characters and a plot chock full of surprises as cleverly withheld information is slowly revealed – this is a wonderfully constructed novel that only falls apart at the very end as the author sinks into the mawkish sentimentality that he has been carefully skirting for the rest of the story.

Two characters take turns narrating the novel: Little Bee, a sixteen year old refugee from “the oil wars” of southeastern Nigeria, and Sarah O”Rourke, a 31-year-old Englishwoman, founder and editor-in-chief of Nixie, a woman’s magazine with a serious edge. The two meet for a few horrendous moments on a beach outside a resort that is on the edge of the war.

Little Bee and her older sister Nkiruka are in flight from a tribal militia that has massacred their entire village in an act of ethnic cleansing. Sarah O’Rourke and her husband just happen to be strolling on the beach outside the resort when the girls emerge from the jungle with the militia in hot pursuit. The meeting will change the lives of all four of them.

Little Bee opens the novel, in the good Queen’s English she has learned in an immigration detention center where she spent two years after she stepped off the cargo ship that had brought her to London. She is in the company of other massacre survivors whose stories always start: “And then the men came.” If the men ever come back, she is always looking for suicide options.

“One day the detention officer gave us all a copy of a book called Life in the United Kingdom,” she writes. “It explains the history of your country and how to fit in. I planned how I would kill myself in the time of Churchill (stand under bombs), Victoria (throw myself under a horse), and Henry the Eighth (marry Henry the Eighth) . . . I began to understand how your country worked.”

Yvette, a sassy Jamaican girl, has arranged the illegal release of four detainees after she exchanges her favors with an immigration official. Little Bee makes her way on foot to the home of Andrew O’Rourke. She’s knows his address because she’s kept his driving license ever since he discarded his wallet on the beach in Nigeria.

Andrew O’Rourke is a rather grim columnist for The Times of London and he has been sinking deeper and deeper into clinical depression after an act of supreme cowardice on that beach in Nigeria. He commits suicide by hanging. Little Bee turns up on his doorstep on the day of his funeral. Sarah walks to the church with Little Bee and her four-year-old son Charlie in his Batman suit. He wears it all the time so Sarah decides it’s good enough for the funeral too.

Little Bee gets along great with Batman, and Sarah learns to appreciate her deadpan African humor. As she attempts to teach her the names of English flowers, Little Bee says: “There are no goats. That’s why you have all these beautiful flowers.”

“There were goats, in your village?”

“Yes, and they ate all the flowers.”

The plot is complicated by Lawrence, Sarah’s married lover, an officious civil servant. He threatens Little Bee with deportation, she threatens him right back to expose him to his wife.

An uneasy truce prevails until Batman goes into hiding in a public garden and Little Bee is forced to reveal the simple fact of her name to a policeman. The plot moves swiftly to its conclusion.

The book is available for the kindle from amazon.com or by ordering through the main bookshops in Phuket.