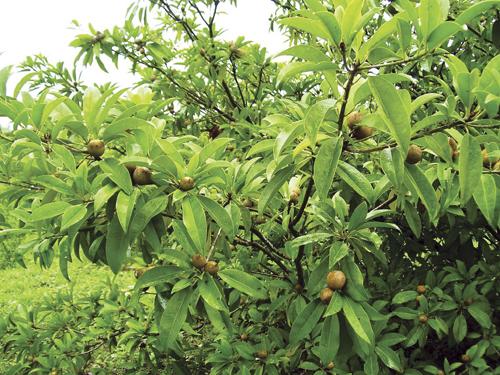 PHUKET: For the aspiring or experienced gardener, it’s always a good idea to go on a reconnaissance patrol to see what plants are thriving in your territory. And I refer not only to other gardens in Phuket, but also to everything else that fosters greenery – from roadsides, shore-lines, tree-clad slopes and scrub-land to plant nurseries. If a species is doing well in any of these environments, it will probably do well in your patch.

You are unlikely to need to raise cash crops, but I wonder if you are aware that sugar cane grows here in small plantations, as well as maize (sweet corn). There are pineapples in the north of the island, often cultivated beneath young rubber trees so they still get some sunshine. Papayas feature everywhere.

For better or for worse, oil palms are arriving by way of Krabi, no longer decorative but strictly utilitarian. And while local farmers are steadily selling off their land to developers, those that remain still grow Chinese kale, garlic, chilies, green beans and wing beans, chives, morning glory, and herbs such as basil and mint. Most of the leaf vegetables in fresh markets here come from Phuket.

And there are still a few venerable trees that produce edible fare: small groves of cashews, some stately tamarind and sator trees, somehow mercifully spared the chain-saw or the back–hoe.

Mango trees, oddly a relative of the cashew, are rightly prized by Thais as yard specimens. After all, apart from being fine-looking trees, they produce fruit, which are used both when green and hard in savory dishes, or when yellow and ripe as part of many succulent desserts.

However, it is worth remembering that some of this wealth of flora that seems so much a living part of the landscape is not in fact native to Phuket – or indeed to the Kingdom. The tamarind, long naturalized in Thailand, comes from central Africa, mangoes (mangifera), although present here for 300 years, may well have originated in India.

The sator (parkia) certainly is a native tree, a giant of the rainforest where it may reach 30 meters or more, but the cashew (anacardium), in common with the papaya (carica), hails from tropical America.

On the other hand, bananas (musa), of which there are more than 200 varieties, can certainly be claimed by Thailand. Indeed, one has only to drive along the mountain road from Rawai to Kata to pass groves of wild bananas on the hillsides. They have been there for centuries. And Patong, just a few kilometers on, owes its name to a variety of the fruit.

The jujube (zizyphus), originally from China, has become naturalized here. I recall one self-sown tree with its spindly branches on the front line at Nai Harn beach. People used to come and break off limbs to get at the small, acidic, plum-like fruit.

It eventually succumbed – unsurprisingly – to the predations of people and salt-laden winds.

So, the picture is not a straightforward one. And it becomes more complex when one realizes that many so-called wild plants in Phuket may have mixed origins, while some are undoubtedly indigenous to Southeast Asia.

Others may have been introduced and subsequently become escapees from gardens and parks. Some have been planted as roadside trees and have spread their wings.

It is not difficult for these arrivistes; after all, the climate here is so hospitable, with its
constant temperature and warm rain for most of the year.

This is particularly true for plants at the other end of the scale.

It is these smaller and less conspicuous brethren who will take center-stage next time around.

Tip of the week – Dry weeks ahead
We probably won’t have more than the odd thunderstorm in the next couple of months. That means rock-hard soil and the need to irrigate lawn and garden.

Potted plants are especially vulnerable. I have about fifty and they need individual treatment.

The desert plants in full sun – abelia (desert rose), euphorbia (crown of thorns), any yuccasand cacti should be allowed to dry out completely and then given a moderate soaking.

They should be watered every other day when in drought conditions, or when they show signs of drooping or wilting.

Jatrophapodagrica (an interesting container plant), gingers, gardenias, heliconias, and most fleshy, shade-loving plants such as dieffenbachia, caladium, aglaomena and ferns such as asplenium ideally need moist roots at all times.

Phuket Arts: The story of a teenage refugee