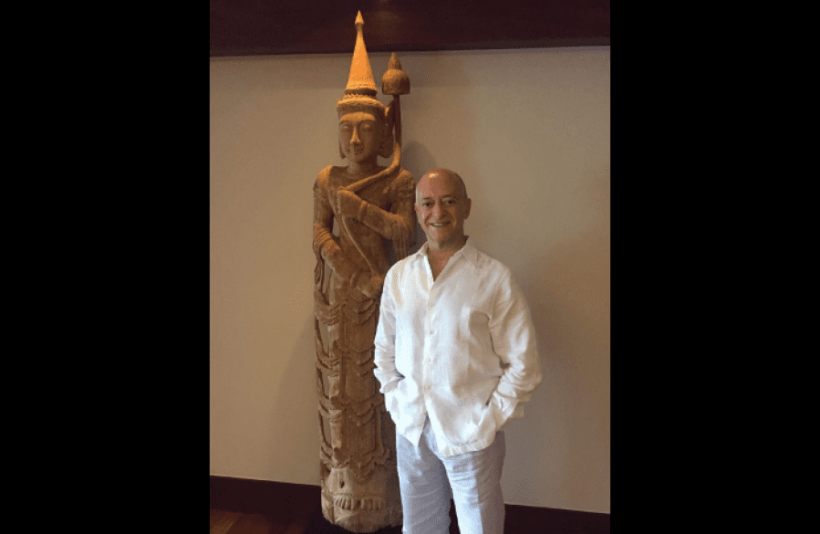 PHUKET: Jaime Nualart is currently the Ambassador of Mexico to Thailand. Born in Mexico City in 1952, Amb Nualart remembers his childhood with fondness.

“I went to a good school and was among the top three students in my class. I had good friends, but I was also very shy. That is perhaps the reason my mother decided to enroll me and my three siblings in art school.”

An avid puppeteer, the ambassador learned this skill at art school.

“I entered my puppets in theater performances at school, as I was too shy to perform in front of an audience myself. I had a close friend in class with me (who is now one of the most recognized Mexican authors) who was also very shy,” Amb Nualart says.

“We were both encouraged to overcome our shyness and stage fright by one of the professors in the school, who groomed us and helped us become more confident.”

Amb Nualart then went on to study journalism at university and worked in television, cinema, radio and education. He later joined the National Institute of Fine Arts in Mexico, where he was in charge of public relations and dissemination of programs. He has also worked with the Mexico City Philharmonic Orchestra and handled promotion, public relations and international tours all over South America, North America, Europe and Asia.

“I started travelling a lot, which gave me the chance to learn about other cultures and countries. That’s what led me to join the Ministry of External Affairs in 1982,” says Amb Nualart.

“The same year I went to Japan and worked at the Mexican Embassy in Tokyo for five years. Those were wonderful times, both in my personal and professional life. I was in charge of cultural activities and promoted Mexican art and culture in Japan.”

The ambassador takes a keen interest in all sorts of art manifestations, from ancient and classical to contemporary art, performing arts, even fashion and gastronomy.

During his stay in Japan, the things he loved the most were Japanese art, food and culture.

“I learned about Japanese theater, such as ‘kabuki’, a very sophisticated form of art expression called ‘noh’ which is the most ancient, elaborate and aristocratic form of Japanese theater. I used to go to the theater every Sunday, where I met one of the living national treasures of Japan, the director and actor at one of the noh schools, and I even became the first Westerner to ever perform on that stage,” he says.

Amb Nualart also loves cuisine from other countries he has lived in, including Thailand and India.

“I believe food traditions are something that help us identify with other cultures,” says Amb Nualart.

“The Mexican Embassy in Thailand was established nearly 40 years ago. However, more than 25,000 Mexicans visit Phuket and nearby islands every year, so we want to have an honorary consulate here as a reference point to help resolve any issues they might face during their stays,” Amb Nualart says.

Mexico and Thailand have always enjoyed strong relations and the ambassador is confident that they will prosper further in the future.

“I have been working with Thai authorities and institutions such as universities and research centers regarding matters that are significant for both countries. These include health, food security and climate change. We are also starting a partnership with the University of Khon Kaen in the field of edible insects,” says Amb Nualart.

“We have bilateral trade worth more than 6 billion dollars with Thailand and this number is rising sharply. We trade in manufactured goods, rice, electronic components and auto parts, to name a few. I’m convinced that Mexico’s future role in the world is along the same lines as countries in the Asia Pacific or USA. We all share the Pacific Ocean, where the most dynamic economies of the world are located.”