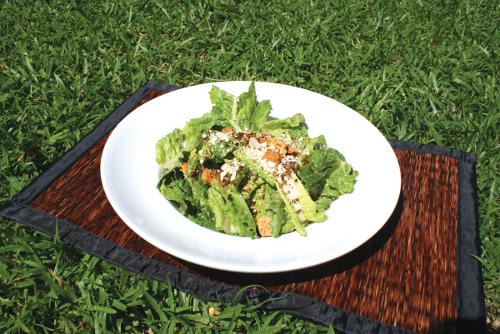 PHUKET: If you hear the term “raw food” you might, like I did, take it to mean “food waiting to be cooked”. But in Rawai, in the island’s south, the owner of Atsumi Raw Food Cafe, Anna Wasin is championing the health benefits and sublime, simple flavors of natural, raw, organic, unprocessed and uncooked ingredients by crafting dozens of tasty and nutritious dishes for her patrons.

The idea for opening a raw food cafe grew from her experience in running the Atsumi Retreat Healing Center, a spiritual and health focused spa retreat, also in Rawai.

“I started Atsumi Retreat Healing Center eight years ago and as part of our detox programs we have raw food programs, which included just basic raw foods, very strictly controlled, quite different from the style of food we do at Raw Cafe,” says Anna.

Seeing that many of her customers were looking for ways to continue a healthy lifestyle after completing their detox program, she decided to open Atsumi Raw Cafe in order to provide healthy and delicious raw food dishes, not only to former detox program participants, but to all those seeking a healthy eating option in Phuket.

“We want tourists and expats alike to come and have a chance to try tasty and healthy food. I would say we have about 70 per cent organic produce and all our menu items are suitable for vegans,” she said.

The belief in the health benefits of eating vegan raw food has grown exponentially in popularity over the last few decades and is based on the preposition that cooked food (defined as any food that has been heated to over 40 degrees Celsius) loses its natural enzymes and much of its nutritional content, making it harder, and less productive, for the body to digest. To be vegan, the food must have no animal products whatsoever, which leads to some interesting “substitution” ingredients such as almond milk and almond butter in place of their dairy based versions.

The restriction of not being able to heat food has led raw food chefs to become highly creative in preparing their dishes – necessity is the mother of invention, after all. So, instead of being littered with fry pans and pots, the kitchen at Raw Food Cafe is rather spartan, stacked with containers of fresh unprocessed ingredients and containing a few simple appliances – a blender, a juicer, a dehydrator, a fridge and freezer. With these simple tools, the team at Atsumi Raw Cafe manages to offer a large menu with some amazingly tasty and unique dishes.

I decided to try the recommended Caesar salad and was very impressed with its raw interpretation – fresh and crunchy romain lettuce served with a creamy horseradish dressing, smokey eggplant, cashew cheese and black olive and sun-dried tomato croutons. Next, it was on to the Thai coconut dumplings, which featured a wonton-like wrapper made from seaweed, filled with fresh julienned vegetables and a cashew and black sesame dipping sauce.

One of the most popular menu items is the “Raw-Sangna” featuring layers of zucchini with fermented almond cheese, marinara sauce, smokey eggplant bacon and walnut, macadamia and fig pate – I definitely recommend it for those wanting to see just how tasty, interesting and creative raw food can be. To wash it down, there is a range of juices and smoothies, all of them include superfoods such as cacao, spirulina or chia to give you that extra boost, and if you are on a diet or eating light, they can also be a meal in themselves.

If you want to indulge your sweet tooth, without the guilt, make sure you try one of the fabulous desserts. I chose the raw blueberry cheesecake, which is served frozen – a technique which is employed to keep all the ingredients in place. It’s hard to believe how sweet and refreshing this healthy alternative is compared to old-fashioned cheesecake.

The best thing about eating raw food is that there is no feeling lethargic or bloated after you eat – you feel full, your hunger is completely satiated, but you could also get up and run a marathon straight afterwards if you were so inclined.

So if you are looking for a healthy meal, whether you are doing a detox program, on a diet, training hard, or just want to try something completely new, make sure you stop past Atsumi Raw Food Cafe.

Atsumi Raw Food Cafe is located on Wiset Road, at the corner of Soi Mangosteen, roughly halfway between Chalong and Rawai piers. For more information and some inspirational raw food recipes, see the website: atsumirawcafe.com

Bodega: The evolution of flavor