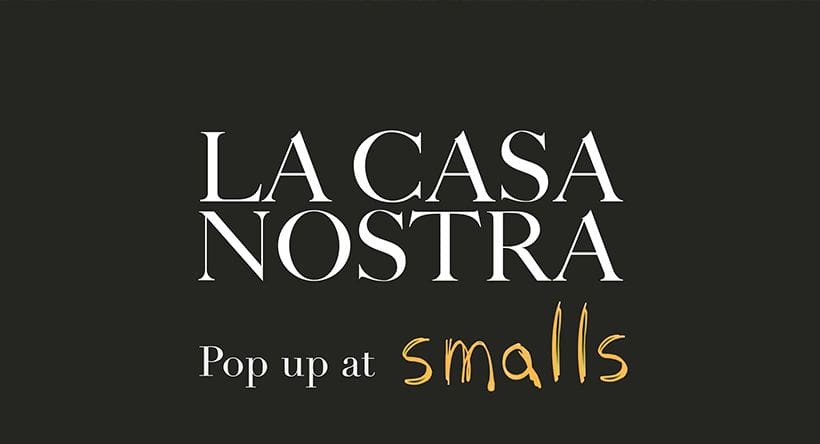 If you live in Bangkok I know that it can be easy to very overwhelmed by all the choices around you, whether it is food, drink or partying, you have a lot of options, but not tonight.

Tonight head down to Sathorn’s Soi Suam Plu, for a very special pop-up event being hosted at one of Bangkok’s most celebrated and award winning bars, ‘Smalls’.

They will be hosting chef Nino Scognamillo from La Casa Nostra, one of the most talked about new restaurants in Bangkok, not only for its extensive wine list, but also for bringing rustic and authentic flavours of Italy to the heart of the big mango.

Nino has worked with the Jamie Oliver group in London, the iconic Sydney’s Yacht Squadron and after working in Phuket now runs the kitchen in the at La Casa Nostra.

Small’s bar owner David Jacobson, has become a Bangkok icon with his cemented history in the bar and nightclub scene. A renown celebrity photographer, Jacobson has worked with stars such as David Bowie, Robert De Niro ad Andy Warhol, recently he has been highlighting different chefs in the Bangkok food scene in his Soi Suam Plu watering hole with various pop ups.