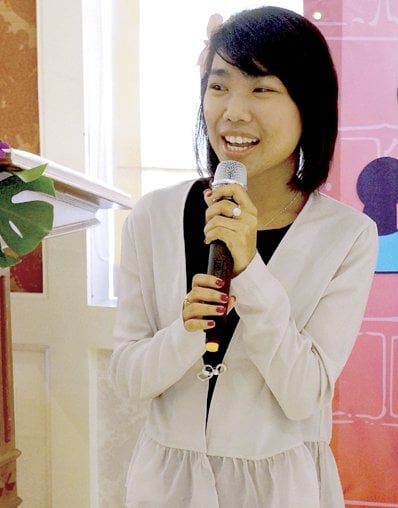 PHUKET: Many Thai people who believe in reincarnation think that donating an organ after death may affect their body in the next life, such as being reborn without the organ they donated.

Making merit is a good thing, but to help to extend other people’s lives is the biggest merit of all. Take my life, for example.

I was 20 years old when doctors told me I had renal failure. I was sick for six years and my family spent at least six million baht on treatment. Even though my father is a government officer, he couldn’t claim any money to cover my medical bills.

My life is proof of “You get what you give.” I’ve been donating blood since I was 16. The first time was while I was in Matthayom 4 (Grade 10) at Satree Phuket School.

While at college, I supported all kinds of Red Cross Society activities, not just by making blood donations, but also as the volunteer Master of Ceremonies for most events.

Then I found myself on kidney dialysis for six years.

I also had many painful treatments involving tubes going in and out of all sorts of different parts of my body, which were the most painful moments of my life.

A few times I even thought about killing myself, but whenever I thought of my parents and how hard they were trying to save my life, I couldn’t really consider doing it. So I continued with the dialysis.

Then one day a miracle happened. At 2am the phone rang – it was the message I had been waiting to hear. The Thai Red Cross Society had found me a kidney donor!

But then I thought: if I survived the surgery, I’d get to take care of my parents and continue doing good things for society.

After that, my fears just drained away.

Once I fully recovered, I was contacted by True Corporation, who wanted me to be a presenter for the “Let Them See Love” campaign for the Organ Donation Center of the Thai Red Cross Society.

It allows me to speak to hospitals, radio stations, newspapers and at seminars about the importance of organ donation.

I would invite everyone to donate blood now and organs after death. Because one human being’s organs can help at least nine people.

I am so happy to be part of the campaign, and the best part is when I get to hear that my life story has inspired others to fight on. Now I feel that I’m giving something back to society.