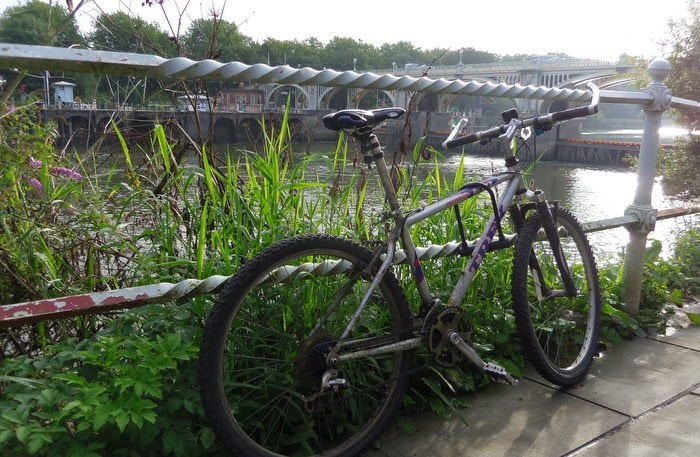 PHUKET: My passion for the game of rugby union blossomed about the same time as my passion for cycling and both were formed in the crucible of early boyhood experience.

At age eleven I was sent to one of those all-male schools that believes the formation of character and excellence in young men is greatly enhanced by a regimen of tough physical exercise and strict discipline. In particular, I was subjected to twice a week cross-country runs over open, and often icy, ploughed fields, cold showers, bad food and the delights of the game of rugby.

This was a form of torture which often involved having your face ground into the cold mud of a wind-swept pitch by the studded boots of older, larger boys. Rugby was a sport for which a broad streak of masochism seemed to be the minimum requirement for enjoyment and of course at the age of eleven, it left an indelible impression on me… in all senses of that word.

I also had to cycle about ten kilometers to my school each day to receive the program of education and torture in which my school seemed to specialize. Somehow, cycling and rugby union became associated in my mind and have stayed with me throughout my life.

So it was when I found myself back in England in October, I decdided to attend some of the games in the eighth Rugby World Cup at the venerable home of the sport, Twickenham Stadium.

I had booked tickets very early and had managed to snare seats for one of the most important matches in the pool stages of the tournament: old enemies and bitter rivals England (the World Cup host) and Australia.

I was staying in Ealing, which is about ten kilometers from the ground, and was looking forward with great excitement to the kick-off. But therein lay the problem, because 80,000 other mad-keen rugby fans were doing exactly the same thing and planned to descend on Twickenham for the 8pm evening match.

From previous experience, I knew that getting to the ground for big matches could be a total nightmare and the matches just did not come any bigger than this one. Buses, tubes, trains and even the streets would be clogged with traffic and fans, many of them in fancy dress ranging from ubiquitous giant-sized hopping kangaroos to ‘bishops’ and ‘nuns’ swigging beer from cans and wiping the resulting lip-froth on their wimples!

Then my adolescent association of cycling and the game of rugby presented the solution. I decided that I would cycle to Twickenham and the great game, along a route I knew well, following the Thames Path.

This wonderful route takes one through Richmond with its famous bridge and reaches of the Thames, which the poet John Keats described as among England’s loveliest.

On the evening of October 3rd, I set off to cycle to the England versus Aussie game and thereby beat the crowds and enjoy a charming riverside ride as well.

I cycled firstly along the towpath of the Grand Union Canal, constructed from 1793 to link the Port of London with the industrial heartland of the English Midlands. Then on through Syon Park, with its austere stately home, the London seat of the Dukes of Northumberland for over four hundred years. I always cycle quickly past its brooding stone presence convinced that I am being watched by ghosts such as that of poor Catherine Howard, one of Henry VIII’s six wives, who was imprisoned there prior to her execution in 1542.

Upon reaching the banks of the Thames below Richmond Bridge the ride became much more joyful: the vistas across the river to Richmond Palace and parklands beyond are transcendent. Richmond Park is still home to a large herd of deer, descendants of those spared by the hunting parties of successive kings since Charles I in 1625.

North of Richmond Bridge, the ride follows the banks of the river past stately Ham House and the gardens of one of Britain’s finest 17th century Stuart houses and finally on to Eel Pie Island and Twickenham itself.

It was here that the Rolling Stones and many great blues legends played their first gigs at the famous blues club on the bohemian island in the middle of the Thames, and, here also, where hordes of rowdy rugger-buggers were getting into good voice for the match by quaffing copious quantities of real ales at the infamous Barmy Arms pub.

Having made the journey and beaten the crowds, it seemed a pity not to join them, so chaining the bike to a riverside fence, I got into the swing of things with a couple of pints of ‘London Pride’ prior to walking the last kilometer to the ground.

And how did the result pan out you might ask?

Well, let’s just say that it’s perhaps fortunate that I’d developed that streak of masochism in my formative years and leave the matter there!

Looking Back: Turmoil in the Rakhine State part II