The United Kingdom approved the new Covid-19 vaccine by Pfizer-BioNTech for emergency use and will start injections next week. The UK became the first country in the world to license the Pfizer-BioNTech vaccine, which Pfizer says marks a historic moment in the fight against the coronavirus.

The UK purchased 40 million doses of the vaccine and 800,000 doses will be available next week, according to Health Secretary Matt Hancock. He says the most vulnerable people will get the first jabs. 50 hospitals are ready to receive the vaccine, he says.

“From early next week we will start the programme of vaccinating people against Covid-19 here in this country… It’s very good news.”

The new Covid-19 vaccine was authorised for emergency use by the private Medicines and Healthcare Products Regulatory Agency. Pfizer CEO Albert Bourla says the company applauds the agency for conducting a careful, yet timely, assessment of the vaccine.

“As we anticipate further authorizations and approvals, we are focused on moving with the same level of urgency to safely supply a high-quality vaccine around the world.”

The vaccine has been shown to have a 95% efficacy in its final trials. A Department of Health and Social Care spokesperson says the approval of the vaccine follows months of rigorous clinical trials and experts have concluded that the vaccine meets strict safety, quality and effectiveness standards.

Asia’s biggest drug kingpin is under arrest in the Netherlands after years of authorities chasing him worldwide. 57 year old Tse Chi Lop, a Chinese-born Canadian citizen, was arrested by Dutch police acting on a request by Australia’s federal police.

The UN Office on Drugs and Crime named him as the suspected leader of the Asian mega-cartel known as “Sam Gor”, a major producer and supplier of methamphetamines worldwide. Tse is commonly compared to the Mexican drug lord Joaquin “El Chapo” Guzman.

Sam Gor is suspected of laundering billions in drug money through businesses such as casinos, real estate and hotels in Southeast Asia’s Mekong region. Australia’s federal police said Friday’s arrest came after a 2012 operation that arrested 27 people linked to a crime syndicate spanning five countries. The groups was accused of importing large amounts of heroin and methamphetamine into Australia, according to police.

“The syndicate targeted Australia over a number of years, importing and distributing large amounts of illicit narcotics, laundering the profits overseas and living off the wealth obtained from crime.”

The arrest of Tse Chi Lop almost 10 years after that operation’s launch is a major break for Australian authorities. The country’s attorney-general will now begin preparing a formal extradition request for the alleged drug lord to face trial.

Most of Asia’s meth comes from “Golden Triangle” border areas between Laos, Myanmar, Thailand and southwest China. The production of methamphetamine, either in tablet form or the highly potent crystalised “ice” version, take place in Myanmar’s eastern north Shan state. Ketamine and fentanyl are also produced there as well, mostly in ‘portable’ labs that hide underneath the thick rainforest canopy.

In 2018 alone, Thailand netted more than 515 million methamphetamine tablets, a number 17 times the amount for the entire Mekong region 10 years ago. Traffickers are constantly finding more creative ways to ship their products as drug busts are featured daily on the news in those regions. 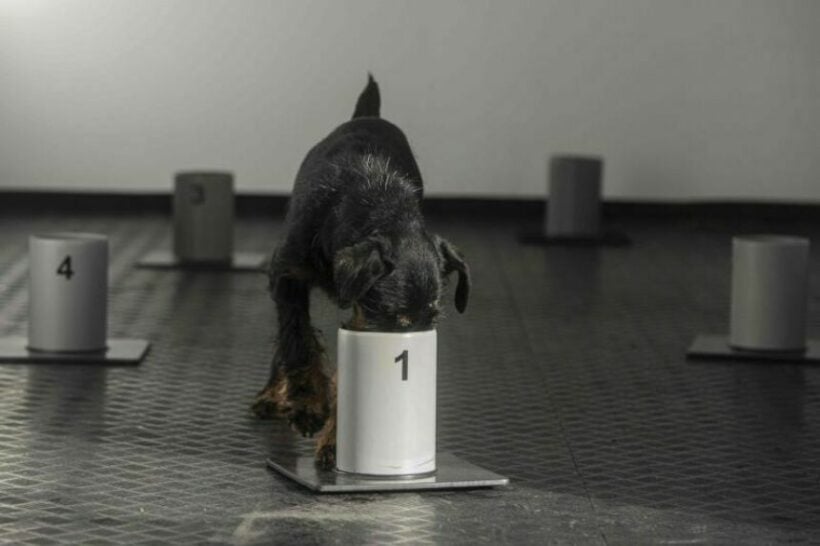 Czech dog trainers say canines can sniff out Covid-19 with an astonishing 95% success rate. The team of trainers in Renda, a Czech mountain village, are working in their own time to teach the dogs to tell the difference between fake samples of Covid and real ones by sniffing pieces of cloth. Lenka Vlachova, a trainer who works at Prague’s fire brigade, says the cloths either feature a scent from patients with Covid-19 or from those that tested negative for the virus. They also say they there are cloths with fake samples of the virus that are part of the testing group.

The project head, Gustav Hotovy, says the study is designed to verify dogs’ ability to detect the virus and generate a method enabling the use of training dogs in combatting the pandemic.

“The method should also work with other diseases, even more lethal than Covid-19. In the end, we should be able to detect a huge number of people in a very short time with a trained dog.”

Hotovy, who is a retired cynologist, whose team started training the dogs last August, says the first study confirming that dogs are able to detect tissue attacked by a virus was conducted in the United States about 10 years ago.

“The virus changes the human tissue, affecting the scent signature of the person.”

He says that the signature changes so much that it is immediately picked up on by the dogs. The samples are gathered by rubbing a piece of cotton against the patient’s skin and then the team has to make sure the sample is virus-free to keep the dogs from catching the virus. 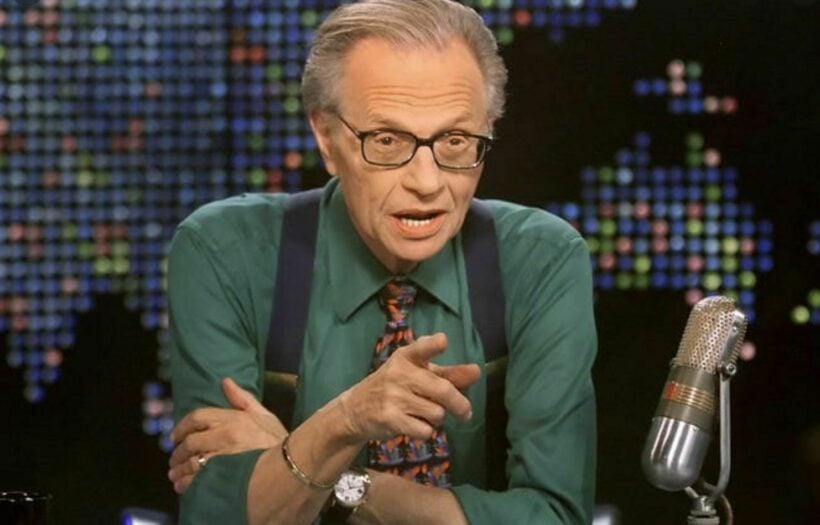 Larry King, the longtime CNN stalwart and talk host has died. He was 87 years of age. He is survived by 3 sons.

“Larry King Live” was a staple on the the young cable TV network for over 25 years, interviewing presidential candidates, celebrities, athletes and high-profile personalities. He retired in 2010 after taping more than 6,000 episodes of the show before moving his voice onto a fledgling streaming service.

“With profound sadness, Ora Media announces the death of our co-founder, host and friend Larry King, who passed away this morning at age 87 at Cedars-Sinai Medical Center in Los Angeles.”

“For 63 years and across the platforms of radio, television and digital media, Larry’s many thousands of interviews, awards, and global acclaim stand as a testament to his unique and lasting talent as a broadcaster.”

King had recently spent time in hospital with Covid-19 at Cedars-Sinai. He had been battling a number of other health problems over the years, suffering several heart attacks. In 1987, he underwent quintuple bypass surgery, inspiring him to establish the Larry King Cardiac Foundation to provide assistance to those without insurance.

With all his health challenges, he continued to forge one of the great talk show careers in US entertainment history.

In 2017 King revealed that he had been diagnosed with lung cancer and successfully underwent surgery to treat it. He also underwent another procedure in 2019 to address angina.

King also suffered personal loss last year when 2 of his adult children died within weeks of each other: Andy King, 65, suffered a heart attack and daughter Chaia King, 52, died after being diagnosed with lung cancer.

With an affable, easygoing demeanor that distinguished him from more intense TV interviewers, King perfected a casual approach to the Q&A format, always leaning forward and listening intently to his guests, rarely interrupting.

Tim Newton from The Thaiger met Larry King in the early 90s whilst working on the ‘Australia Overnight’ program with the Macquarie Network, using King’s ‘Larry King Show’ radio format as a broad framework for the new radio networked program in Australia, the first of its kind.

“Larry was as affable in personal dealings as he was on air. He was very keen to help a young Aussie at the time who was trying to carve out a similar program to the famous Larry King Show of the 1980s that he hosted. I was happy to get a 30 minute meeting with him after flying to LA to meet him. He took me out to dinner and I walked away with a roadmap for our new radio show and a thousand other tips for the legendary talk show host.”

“We mourn the passing of our colleague Larry King. The scrappy young man from Brooklyn had a history-making career spanning radio and television. His curiosity about the world propelled his award-winning career in broadcasting, but it was his generosity of spirit that drew the world to him. We are so proud of the 25 years he spent with CNN, where his newsmaker interviews truly put the network on the international stage. From our CNN family to Larry’s, we send our thoughts and prayers, and a promise to carry on his curiosity for the world in our work.”