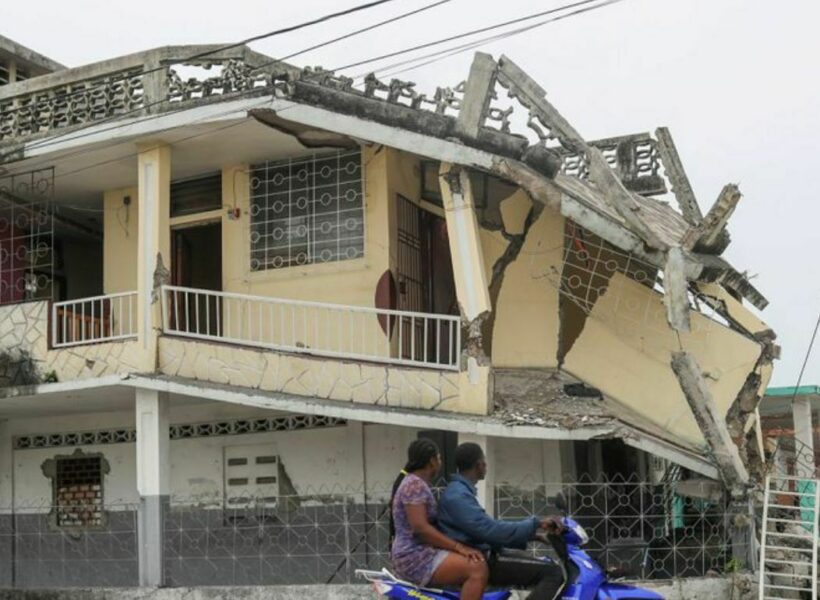 PHOTO: Destruction from the Haiti earthquake. (via Henry Romero)

As rescuers continue to work to assess the losses in Haiti, the death toll from Saturday’s 7.2 magnitude earthquake has surpassed 2,000 people. The devastating effects of the earthquake on the poor island nation have left thousands homeless, and today 250 more were added to the death count, reaching 2,189 people according to Haiti’s civil protection agency.

They estimate the earthquake has had a direct negative effect on 600,000 people and the agency calls for immediate humanitarian aid. Over 12,000 people have been injured by the quake and tens of thousands of buildings and structures were damaged or completely collapsed as a result of the intense tremor that was about twice as strong as the earthquake that decimated Haiti in 2010. at least 332 people are still listed as missing.

Security is a pressing issue, as is weather as Tropical Storm Grace dumped high winds and heavy rainfall across the country yesterday. The government declared a one-month state of emergency for the 4 most-affected provinces almost immediately, but aid efforts have been difficult and slow.

Some remote areas have yet to receive any aid and assistance, and exasperated residents in desperate need of supplies have blocked aid convoys. Mudslides and destruction have cut off roads to some areas and injured and killed countless victims. Assistance groups like USAID have taken to sea routes and air transport to reach those stranded in isolated areas.

The impoverished country, the poorest in the Americas, had still not recovered from the 2010 earthquake, had been severely impacted by Covid-19, and then last month the President of Haiti, Jovenel Moise, was assassinated amid political turmoil. Gang violence that had been plaguing the region around the capital city of Port-Au-Prince called a truce to allow emergency supplies in without the threat of violence.

Prime Minister Ariel Henry has vowed to accelerate aid to those in need, but last night admitted that things are grim.

“Haiti is now on its knees. The earthquake that devastated a large part of the south of the country proves once again our limits, and how fragile we are.”

British man convicted of refusing to wear a mask, harassing police, to be deported from Singapore