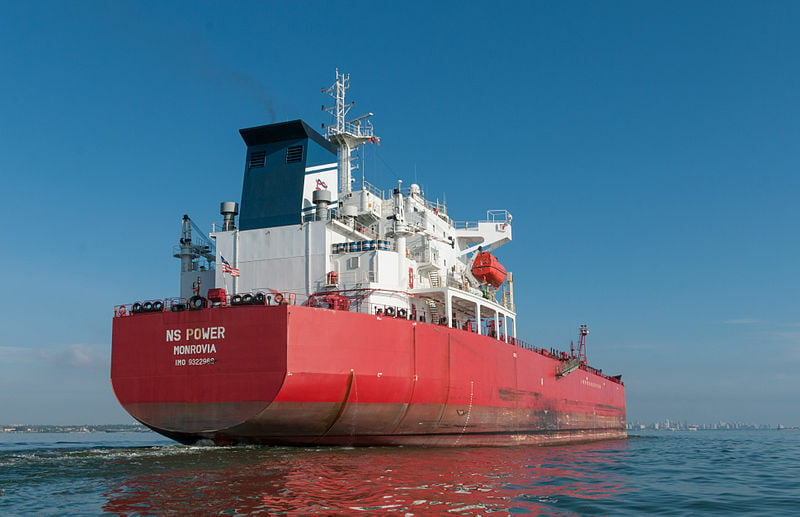 Global oil prices have risen more than 6%, surging to the highest prices since 2008 on Monday, as the US and European allies consider an import ban on Russian oil.

Meanwhile, fears of a global oil supply shortage are being further compounded by the delay of Iranian crude’s potential return to global markets, as the Kremlin demands a guarantee that sanctions will not harm its trade with Tehran.

Russia is the No. 1 combined exporter of oil and crude products, accounting for some %7 of supply globally and exporting around 7 million barrels per day.

Fuel prices have already surpassed 2008 records, with US gasoline reaching $3.890 per gallon and heating oil futures set at $4.237 per gallon, according to the Bangkok Post.

During his visit to Moldova on Sunday, Secretary of State Antony Blinken told CNN that the US is consulting with European allies about a possible ban on Russian oil imports, as the White House coordinates with key Congressional committees that are already going ahead with their own ban.

“We are now speaking with our European partners and allies to examine in a coordinated manner the prospect of a ban on Russian oil imports.”

He said they are currently debating whether there is already a sufficient supply of oil on world markets to survive a Russian import ban.

“It’s a very active discussion as we speak.”

Since the start of 2022, oil prices have spiked 65% globally, together with other commodities, stoking stagflation fears in world economic growth, according to the Bangkok Post.

JP Morgan predicts that oil could rise to $185 a barrel this year and Bank of America analysts predict a shortfall of 5 million barrels, if Russian oil exports are cut off, which could see oil prices double from $100 to $200 a barrel.

On Sunday, Russia demanded a guarantee that sanctions will not harm its trade with Iran. Its demands have cast uncertainty on talks to revive Iran’s 2015 nuclear deal with world powers.

Analysts say that even if Iran reaches a nuclear deal, it could take several months to restore its oil flows.

In response, Blinken has insisted that the US’s sanctions on Russia have nothing to do with a potential nuclear deal with Iran and everything to do with its invasion of Ukraine.

But the average person is unlikely to tell the difference at the gas pump.