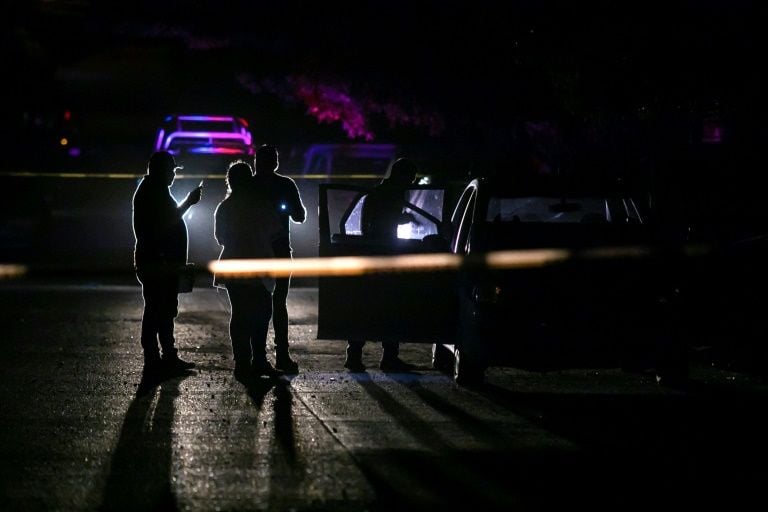 The war to protect drug kingpin Joaquin “El Chapo” Guzman’s legacy burst into a gun battle between rival Mexican gangs and left 16 dead on Thursday, authorities said. The 16 people, heavily armed and wearing bulletproof vests, died in a six-hour shootout near the rural town of Tepache in the northwestern province of Sinaloa.

“A van with seven bodies was located” after the initial clash, while nine bodies were discovered after the second exchange, Sinaloa State Security Minister Cristobal Castaneda told reporters. Castaneda said Wednesday’s clash near Tepuche, 25 kilometres (16 miles) from the capital of Sinaloa, Culiacan, was “part of the fight between two organized crime gangs in the region.”

Local media reported the dispute between leaders of the Sinaloa cartel and part of the gang run by the sons of ex-leader “El Chapo” Guzman against a faction headed by Ismael “El Mayo” Zambada, long considered number two in the party.

The reports pointed to a deep split in what remains one of Mexico’s most dominant drug cartels, following El Chapo ‘s 2016 arrest and eventual extradition to the United States, where he is serving a life sentence.

Castaneda said that the rival groups had clashed in the area on eight separate occasions since May 29.

After the shooting, the police seized 40 high-calibre weapons, 10 grenades, 36,000 rounds of ammunition and 24 cars, the official said.

Seven of the victims have been identified as residents of Tepache.

AFP reporter who drove through the city on Thursday found many houses left abandoned by families who had fled the area in fear of escalating crime.

“All of the residents are gone,” said the local resident who called her Modesta. “But we stayed here because we have animals to look after,” said the 63-year-old woman. “But if the government asks us we have to move, we ‘re going to go.”

Mike Vigil, former head of international operations for the US Drug Enforcement Agency ( DEA), said Guzman ‘s three sons-known as the “Chapitos” or the little Chapos-were engaged in a fight to run the cartel.

“It’s a matter of inheritance. Because their father created the Sinaloa cartel, they feel it should be regulated,” Vigil told AFP.

After Guzman was captured, his sons Ivan, Jesus, and Ovidio agreed that Zambada would take over as long as they “learned the business,” Vigil said.

“They only knew how to spend the money, but now they know how the cartel operates and they want to take control of it, and that’s why these disputes are going on.”

Vigil said the Chapitos were worried about the survival of the cartel if Zambada, a 72-year-old with diabetes, died and his lieutenants took over.

“The cartel is not yet split, but it’s on that road. A lot of respect” Mayo “because he’s the oldest capo in Mexico, but there’s another faction with the Chapitos because they know the Zambada might die,” said the former DEA agent.

A split in the alliance would likely worsen Mexico’s drug violence as it would reinforce the rival Jalisco Nueva Generacion (New Generation) cartel.

“The Jalisco cartel is the bloodiest cartel, the repercussions for Mexico will be enormous, and with this administration, I don’t know how it could be dealt with,” Vigil said.

Guzman was later released on the orders of Obrador after five hours of clashes in Culiacan between the Sinaloa drug cartel and security forces.

Lopez Obrador was harshly criticized for the release of Ovidio Guzman but defended his decision on the grounds that he would prevent widespread bloodshed.

The organized crime remained involved in Mexico despite being limited to Mexico due to the coronavirus pandemic.

According to official statistics, there have been more than 287,000 murders in the country since then, but it is not clear how many cases are related to organised crime.