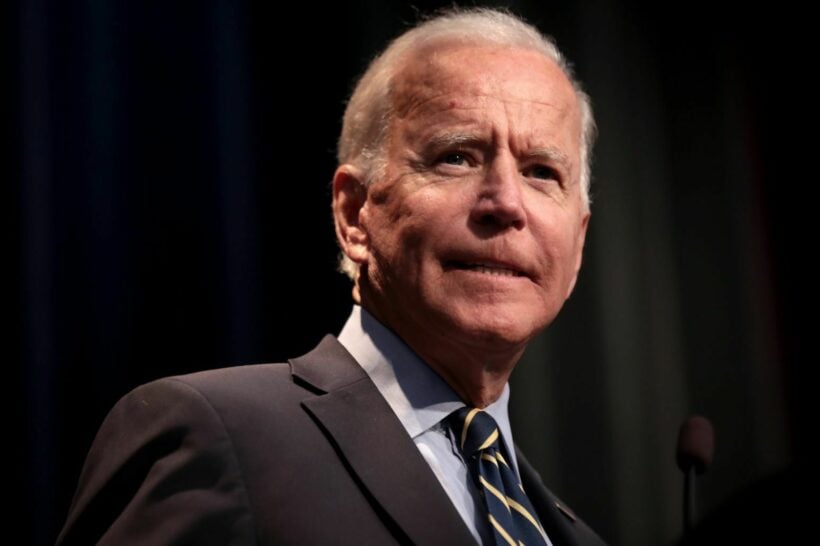 Following Taliban’s takeover of Afghanistan’s capital Kabul with thousands now trying to evacuate the country, US President Joe Biden sat down with an ABC News reporter for a one-on-one interview, standing by the decision to withdraw US troops after occupying the area for two decades.

While acknowledging that he was stunned by the swift takeover of the US-backed Afghan government, president said there was no way to leave Afghanistan “without chaos ensuing.”

“The idea that somehow there’s a way to have gotten out without chaos ensuing, I don’t know how that happens.”

The president sent back thousands of troops to Afghanistan following the takeover and ordered the US military to take control of the Kabul airport to run evacuations. He says he hopes troops will be out by August 31, adding that if there are American citizens still in the country, “we’re going to stay to get them all out.”

Over the past several days, since Kabul fell to the Islamic militant group, thousands have fled to the airport to evacuate the country. Biden says Taliban has agreed to let Americans go to the airport, but added that they are having “more difficulty” negotiating with Taliban to allow the evacuation of the thousands of Afghans who had helped US and NATO forces.

“Look, one of the things we didn’t know is what the Taliban would do in terms of trying to keep people from getting out… What they would do. What are they doing now? They’re cooperating, letting American citizens get out, American personnel get out, embassies get out, et cetera.”

9S_
3 minutes ago, Stonker said: That simply isn't what happened. Yes it did.    Joe Biden isn’t extending the withdrawal date. He is complying with the Talibans demand to withdraw all troops by Aug 31 regardless of who is left…
Stonker
30 minutes ago, 9S_ said: Yes it did.  Sorry, I don't want to play more "ping pong" with you as I'm as tired of it as others are, but it's simply untrue. Since the formal cessation of coalition operations  in…
9S_
8 minutes ago, Stonker said: You're fully entitled to your own opinion and I can't be bothered to try to rationalise anything with you anymore, but your claims are simply wrong. No it’s not.    According to the NY Post Joe…
Stonker
26 minutes ago, 9S_ said:  You still haven't rebutted (snip) You seem apt at focusing on only 1-2 points versus me who goes after most of your points   Why would I "rebut" your points about Biden? I've just raised them all,…

KaptainRob
I think this topic has been exhausted, I know I am ....

Taliban vows no revenge, fewer restrictions on women this time