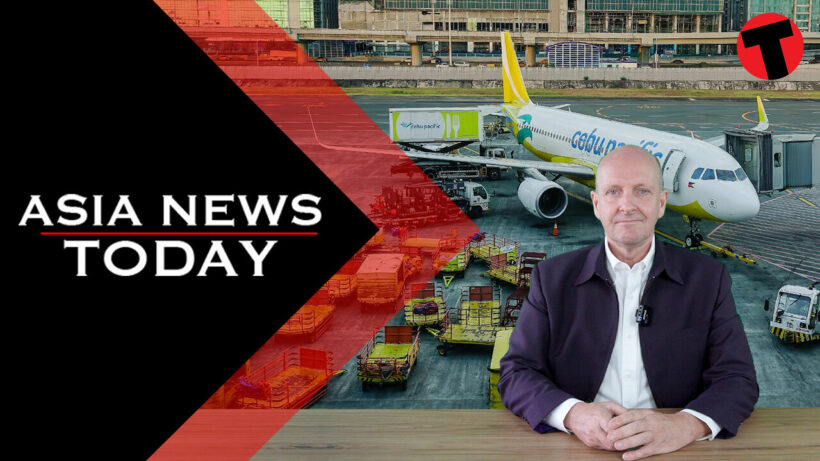 Russian President Vladimir Putin has formally recognised two breakaway regions in eastern Ukraine as independent. He’s used this diplomatic word-play as a reason to order the Russian army to launch a so-called peacekeeping mission into the area. His actions are a significant ramping up of diplomatic tensions in the ongoing Russian/Ukraine crisis.The president has ordered his defence officials to deploy troops into the two regions – Donetsk and Luhansk. Columns of military vehicles including tanks have now entered the city of Donetsk, the capital of one of two breakaway regions of eastern Ukraine. At this stage it’s not immediately clear whether the Russian military advance is a Trojan horse for an actual invasion of Ukraine that the US and its allies have warned about for weeks.Speaking yesterday on TV an aggravated Russian president described Ukraine as an integral part of Russia’s history and said eastern Ukraine was ancient Russian lands and that he was confident the Russian people would support his decision to enter the eastern region of Ukraine. The UK have already announced an immediate application of sanctions and US officials say they are having private conversations with the Ukrainian President Volodymyr Zelensky about relocating outside of Kiev. All this as the UN calls for an emergency security council meeting over the matter.

Nearly 22,000 tourists have headed to the Philippines since it reopened its borders on February. Now mayors from around the country are meeting in Manila to consider downshifting to a “new normal” status that involves a further relaxation of restrictions… some of which have been in force for nearly two years. Most of the tourists have come from the US, Canada, the UK and South Korea, as well as Australia, Vietnam and Japan.Since February 10, the government has been allowing fully vaccinated tourists to enter the Philippines without quarantine. But they have to produce a negative Covid-19 PCR test before their arrival. New infections have plunged in the Philippines in the past few weeks from a high of more than 40,000 in January to below 2,000. Close to 70 per cent of some 110 million Filipinos are already fully vaccinated.

The Burmese military junta says that a case alleging genocide against the country’s Rohingya minority has no grounds to proceed.Addressing the International Court of Justice in person at The Hague, the junta’s minister of international cooperation made the statement… “The government of Myanmar remains committed to addressing the problems in northern Rakhine state, which have a long history.”He also said…. “They are determined to solve these complex problems through peaceful means of negotiation and reconciliation”. Yesterday’s hearing was further complicated over who should be the rightful party representing Myanmar, after last year’s coup, when the elected government, that had overseen the alleged genocide, was ousted by a military coup on February 1.The Burmese junta is still facing guerilla forces and ethnic armed groups opposing its power seizure. A parallel National Unity Government, composed mostly of lawmakers ousted by the coup, is still lobbying internationally for formal recognition.Both sides are seeking to represent Myanmar in this case, which centres on the military’s brutal crackdown in Rakhine state five years ago that triggered an exodus of more than 700,000 Muslim Rohingya. Numerous survivors who fled to neighbouring Bangladesh later recounted tales of systematic rape, massacre and destruction of Rohingya villages.In 2019, Myanmar’s then civilian leader Aung San Suu Kyi personally defended her country at the court, arguing that there was no genocidal intent in the treatment of the Rohingya.At the time she avoided using the term “Rohingya”, which infuriated an ethnic community that has long been treated as outsiders in Myanmar.

The Vietnamese President will make a state visit to Singapore this week at the invitation of Singapore’s president. The trip, from Feb 24 to the 26th, is the first state visit Singapore will receive since the start of the COVID pandemic in early 2020. Mr Phuc will meet with President Halimah, Singapore Lee Hsien Loong, Senior Minister Goh Chok Tong, and the Speaker of Parliament . Mr Phuc will be accompanied by his spouse, as well as several ministers, senior officials and a business delegation. During the visit Mr Phuc and Mr Lee will jointly witness the signing of bilateral agreements that “will further strengthen the multifaceted cooperation between Singapore and Vietnam.

Stocks dropped sharply across the Asia-Pacific region in reaction to the escalating conflict between Russia and Ukraine, as jittery investors react to the crisis. Taiwan’s stock market dived and Tokyo’s Nikkei Stock Average fell over 2% at one point in yesterday’s trading. South Korea’s Kospi index fell 1.4%Stocks affected include tech, auto, and retail as investors look for a safe space to weather the storm, turning to currency and gold, with the yen strengthening slightly against the U.S. dollar and yen-denominated gold futures rising to new heights.Russian stocks, the ruble and European shares tumbled while oil prices continued to rise as investors grew increasingly nervous.

2,810 companies, including big names, are driving the semiconductor sector’s fast growth in China. Chinese carmakers, cloud computing companies and smartphone vendors are branching out into chip design as semiconductors and processors developed in-house, become key to differentiating their products and services from their rivals. The trend follows a prolonged global chip supply crunch and highlights the importance of chips to both economic recovery from sporadic outbreaks of COVID-19in the post Covid world and future economic growth. The Chinese acceleration of locally manufactured semi-conductors is leveraging opportunities brought by developments in artificial intelligence, the internet of things and self-driving vehicles which is propelling research in the semiconductor sector. Tensions over Taiwan and the ongoing US-China trade war has also forced some of China’s larger tech companies and manufacturers to seek local solutions as the world’s supply chain is radically overhauled.

vlad
Whatever Phuket asks they get. Never mind the infection rates are rising we want Money.

Alibaba and Tencent sites added to US ‘notorious markets’ list