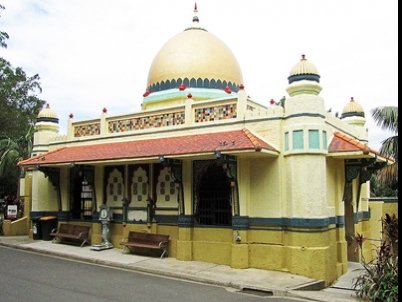 
Australian zookeeper crushed by young elephant at Sydney zoo
Phuket Gazette / News Wires
PHUKET: An Australian zookeeper remains in critical, but stable, condition in a Sydney hospital after a young male elephant she had cared for suddenly crushed her during a routine training session. The incident happened at the famous Taronga Zoo which overlooks Sydney Harbour.

The incident happened at about 11:30am local time on Friday when Pathi Harn, which means miracle in Thai, pinned a female keeper against a bollard at an elephant barn. Two other keepers who were in an adjoining stall responded to her calls for help and were able to move the elephant away.

Zookeeper Lucy Melo, 40, was left unconscious and stopped breathing for about five minutes before being revived. An ambulance was immediately called and rushed her to Royal North Shore Hospital where she remained in critical, but stable, condition more than 24 hours after the attack.

“We’re all relieved to hear Lucy’s condition remains stable and we’re continuing to provide support for her family and her fellow keepers, while we continue our programs for the whole herd,” said Cameron Kerr, the zoo’s director and CEO. “Our focus continues to be on the well-being of the keeper and supporting her fellow keepers.”

A statement from the Taronga Conservation Society Australia said the elephant herd, including 2-year-old Pathi Harn, were calm and well on Saturday and were in the elephant paddock as usual. Elephant keepers were caring for the herd and continuing their normal daily activities.

It was not immediately known why the young elephant challenged the keeper, but Kerr said an investigation is now underway.

Pathi Harn was born on March 10, 2010, and is Taronga’s first calf born by artificial insemination. Initially known as “Mr Shuffles”, the zoo thought the calf had died when no vital signs were detected on March 8, 2010. Inspired by the difficult birth, which made headlines in Australia, the elephant was later renamed to Pathi Harn.