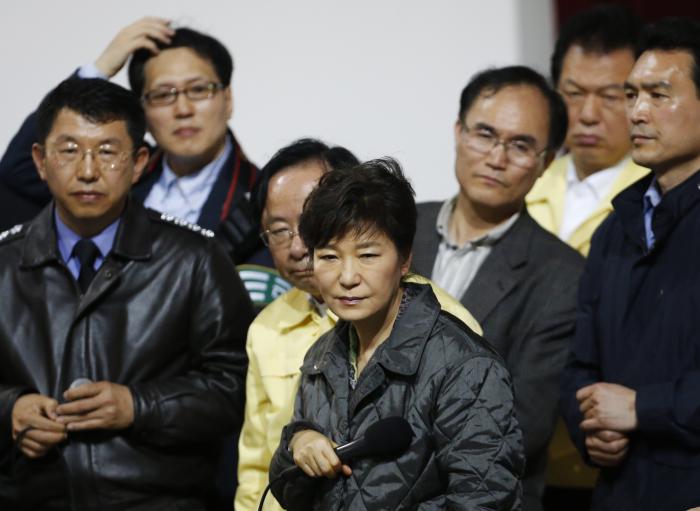 PHUKET: The captain and three senior crew members of a South Korean ferry that capsized in April killing more than 280 passengers, many of them school children, were indicted for homicide on Thursday, a senior prosecutor said.

Prosecutors also indicted the 11 other surviving crew members of the ferry Sewol on negligence charges. The crew has been under criminal investigation after they were believed to have escaped the sinking vessel before many of the passengers.

“The captain, a first officer and second officer and the chief engineer escaped before the passengers leading to grave casualties,” prosecutor Ahn Sang-don, who is leading the investigation, told a news briefing.

The Sewol, overloaded and travelling too fast on a turn, capsized and sank on April 16 on a routine journey from the mainland port of Incheon to the southern holiday island of Jeju.

Of the 476 passengers and crew on board, 339 were children and their teachers on a school trip. Only 172 people were rescued, with the remainder presumed to have drowned.

A month after the disaster, 281 bodies have been recovered but 23 people remain missing, even as rescue divers continue to search the vessel.

The government of President Park Geun-hye has faced sharp criticism for its handling of the disaster and the rescue operation, with an outpouring of anger over suggestions that a more effective initial response could have saved many more lives.

Prosecutors are seeking the arrest of members of the family that owns the ferry operator, and may also seek the extradition of a son of the reclusive head of the family from the United States, an official said on Thursday.

Turkey in mourning after 274 die in mine disaster

More than 20 dead as anti-China riots spread in Vietnam