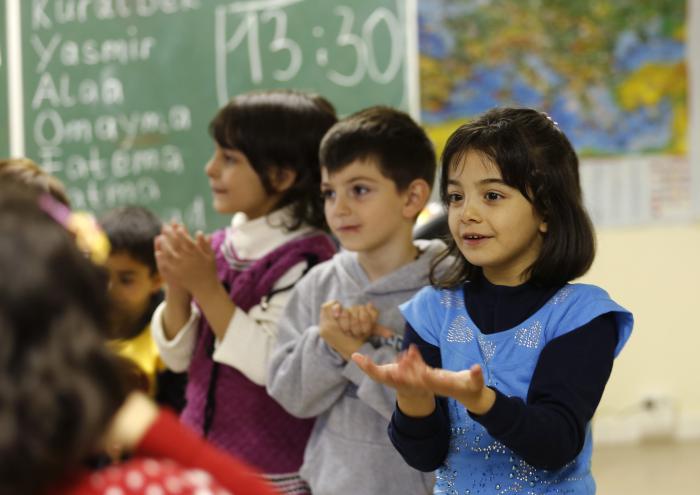 PHUKET: For the first time, Syrians were the biggest group seeking asylum in industrialised countries last year, as the impact of fighting in the country spread beyond the turbulent region, the United Nations refugee agency said on Friday.

A record number of asylum requests by Syrians and Russians in 2013 raised the total number received in 44 rich countries to it highest since 2001, the agency said. The total of 612,700 claims rose 28 percent from the year before.

Syrian refugees are expected to continue fleeing the country’s civil war, now in its fourth year. Some 2.6 million have now been driven into five neighbouring countries, one million in Lebanon alone, the agency said.

In the industrialised world, 56,400 Syrians requested refugee status in 2013, more than double the number the previous year, the UNHCR said in its report Asylum Trends 2013.

“There is clear evidence in these numbers of how the Syria crisis in particular is affecting countries and regions of the world far removed from the Middle East,” Antonio Guterres, the U.N. High Commissioner for Refugees, said in a statement.

Russian nationals, mostly believed to be from the breakaway region of Chechnya, were the second-largest group of asylum seekers in 2013, with a record 39,800, a jump of 76 percent on the previous year, the agency said.

But many Russian applicants appeared to be migrants joining family in Europe, mainly Poland and Germany, rather than people fleeing violence and persecution, Turk said. He noted a lower rate of approval for their applications.

Asylum seekers from Afghanistan, the top country of origin for the two previous years, were the third-largest group in 2013 at 38,700, with Turkey their prime destination.

Germany was the top destination worldwide, receiving 109,600 asylum claims. Within Europe, it was followed by France with 60,100 and Sweden with 54,300.

“If you look at the last three years, it is Sweden and Germany that have attracted comparatively the highest number of Syrians within the European Union,” Turk said.

But Turkey is the biggest refugee host in Europe. It has issued a blanket temporary protection for Syrians, registering 640,889 to date, Turk said. “Which by the way, if you compare that, this is actually higher than the number of all people who applied for asylum in the industrialised world” in 2013.

“We see a significant increase of Iraqis applying for protection in Turkey, which is not least due to the deteriorating security situation in Iraq,” Turk said.

Turk, asked about a hardening of EU asylum policies, said that the bloc’s Common European Asylum System was a “good body of law and legislation” that will help ensure that people needing international protection will get it within the EU.

“The problem is always access and admission,” he said.

Hundreds of people died last year as refugees sought to enter the EU by boat through Lampedusa, an Italian island south of Sicily, putting the EU’s migration policies in the spotlight.

European countries should ease requirements for Syrians and allow for more family reunifications, Turk said. He noted that some applicants tried to enter the EU using false passports or without documents, often helped by criminal smuggling rings.

“I think once you actually are able to enter a European Union country and you are able to access the asylum procedure, I think you have very strong safeguards in place that ensure that if you are in need of international protection you will actually get it,” he said. “The problem is how to get there.”