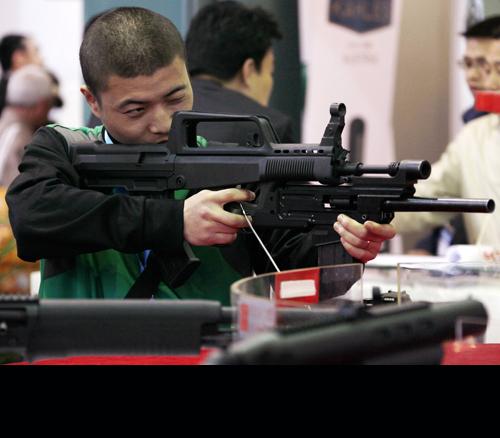 The meeting will be Xi’s first with a senior foreign official since he was formally elected as president by China’s parliament on Thursday. It is also Lew’s first major trip since his confirmation, indicating the importance of the relationship.

Chinese Premier Li Keqiang, the head of government, pledged on Sunday to forge “a new type of relationship” with the United States and called for the end of a cyber-hacking row between the two countries.

A private US computer security company said last month a secretive Chinese military unit was likely behind a series of hacking attacks targeting the United States. President Barack Obama raised the issue during a phone call with Xi last week.

Lew plans to press Chinese officials to stop cyber attacks directed at the United States. China, in turn, says it is the target of US hacking attacks.

Lew also wants Beijing to allow its currency to rise faster against the U.S. dollar and to take steps to increase market access for U.S. goods and to protect intellectual property rights better.

China’s volume of weapons exports between 2008 and 2012 rose 162 percent compared with the previous five-year period, with its share of the global arms trade rising from 2 percent to 5 percent, the Stockholm International Peace Research Institute (SIPRI) said.

China replaces Britain in the top five arms-dealing countries between 2008 and 2012, a group dominated by the United States and Russia, which accounted for 30 percent and 26 percent of weapons exports, SIPRI said.

“China is establishing itself as a significant arms supplier to a growing number of important recipient states,” Paul Holtom, director of the SIPRI Arms Transfers Programme, said in a statement.

“On arms exports, China sticks to three principles. First, that it is conducive to the recipient country’s justifiable self-defence needs. Second, it does not damage regional and global peace, security and stability. Third, it does not interfere in other countries’ internal affairs,” he told reporters.

Now the world’s second-largest economy, China’s rise has come with a new sense of military assertiveness with a growing budget to develop modern equipment including aircraft carriers and drones.

At the Zhuhai air show in southern China in November, Chinese attack helicopters, missiles, unmanned aerial vehicles and air defences were on public show for the first time.

US Defense Secretary Chuck Hagel announced plans on Friday to bolster US missile defences in response to “irresponsible and reckless provocations” by North Korea, which has threatened a preemptive nuclear strike against the United States.

“Actions such as strengthening anti-missile (defences) will intensify antagonism and will not be beneficial to finding a solution for the problem,” Hong said.

“China hopes the relevant country will proceed on the basis of peace and stability, adopt a responsible attitude and act prudently.”

The Pentagon said the United States had informed China, North Korea’s neighbour and closest ally, of its decision to add more interceptors but declined to characterize Beijing’s reaction.

The remarks from China’s Foreign Ministry come days before US Under Secretary for Terrorism and Financial Intelligence David Cohen visits China to discuss implementation of economic sanctions against North Korea.

China has expressed unease at previous US plans for missile defense systems, as well as sales of such systems to Taiwan and Japan, viewing it as part of an attempt to “encircle” and contain China despite US efforts to ease Chinese fears.

China has responded by developing an anti-missile system of its own, announcing the latest successful test in January.