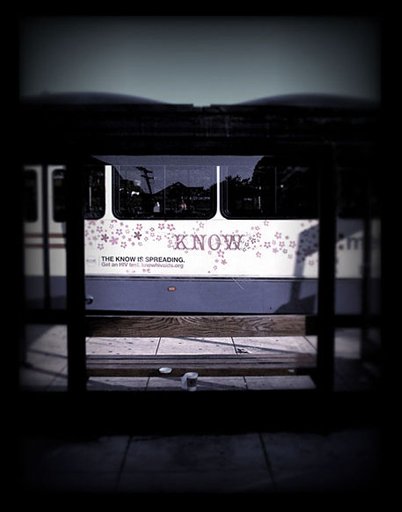 The test kit allows individuals to collect an oral fluid sample by swabbing the upper and lower gums inside of their mouths, then place that sample into a developer vial, and obtain test results within 20 to 40 minutes. However, the FDA noted that positive results should be followed by additional testing in a medical setting as it is not a definite result and requires medical confirmation.

Likewise, a negative test result does not mean that an individual is definitely not infected with HIV, particularly when exposure may have been within the previous three months. Nonetheless, the test has the potential to identify large numbers of previously undiagnosed HIV infections, especially if used by those unlikely to use standard screening methods.

Studies showed that the OraQuick In-Home HIV Test has an expected performance of 92 percent for test sensitivity, the percentage of results that will be positive when HIV is present, which means that one false negative result would be expected out of every 12 test results in HIV-infected individuals. It is also expected to have 99.98 percent performance for test specificity, the percentage of results that will be negative when HIV is not present.

“Knowing your status is an important factor in the effort to prevent the spread of HIV,” said Karen Midthun, M.D., director of the FDA’s Center for Biologics Evaluation and Research. “The availability of a home-use HIV test kit provides another option for individuals to get tested so that they can seek medical care, if appropriate.”

The Centers for Disease Control and Prevention (CDC) estimates that 1.2 million people in the United States are living with HIV infection. About one in five are not aware they are infected. Every year, there are about 50,000 new HIV infections, many of which are transmitted by people who are unaware of their HIV status.

Life-sciences team forms new partnerships at US event
Phuket Gazette / The Nation
The Thailand Center of Excellence for Life Sciences (TCELS) had a successful experience at the 2012 BIO International Convention in the US, forming collaborations with giant US firms to develop advanced pharmacogenomic technologies, plus research partnerships with South Korea.

The collaborative project with the US is aimed at developing “probe capture assay” applications on next-generation DNA-sequencing technologies for HIV-1 pharmacogenomics, the most advanced of its kind in the world. It will put new tools for diagnosing both human and virus genomes in the hands of front-line physicians, and bring clear benefits to patients.

The 2012 BIO International Convention held last week in Boston, Massachusetts drew 20,000 participants including researchers, scientists, investors and businessmen from both the public and private sectors. TCELS led a team of Thai delegates from allied agencies including the Board of Investment (BoI), National Nanotechnology Center (Nanotec) and Naresuan University. Works by Thai researchers were presented at the Thai Pavilion.

TCELS presented projects under its support including a whitening product made from natural latex extracted by Prince of Songkla University; the discovery of genes allergic to the anti-retroviral drugs Nevirapine and d4T (a world first discovery by the Pharmaco-genomics Project at Ramathibodi Hospital with Mahidol University); and other pre-clinical and clinical research developments that meet international standards. This is to prove the country’s potential in research collaboration and services.

Kamchorn said the event was a great success for Thailand, as the team was able to establish tie-ups with counterparts from major countries in the field such as South Korea and the US. The Chuncheon Bioindustry Foundation (CBF), a South Korean regional industrial estate, is interested in integrating research in the industry, and has already signed an MoU with Thailand.

US biotechnological firm Pathogenica, which works on advanced DNA-sequencing technologies, also agreed to sign an MOU to collaborate with the TCELS-supported Pharmaco-genomics Project.

Prof Wasun Chantratita, head of the Pharmacogenomics Project, said Dr Yemi Adesokan, the chief of Pathogenica, had followed Thai research on pharmacogenomics for a while and expressed an interest in establishing a collaboration. After learning that the Pharmaco-genomics team was at the convention, talks were held and the groups agreed to work together.