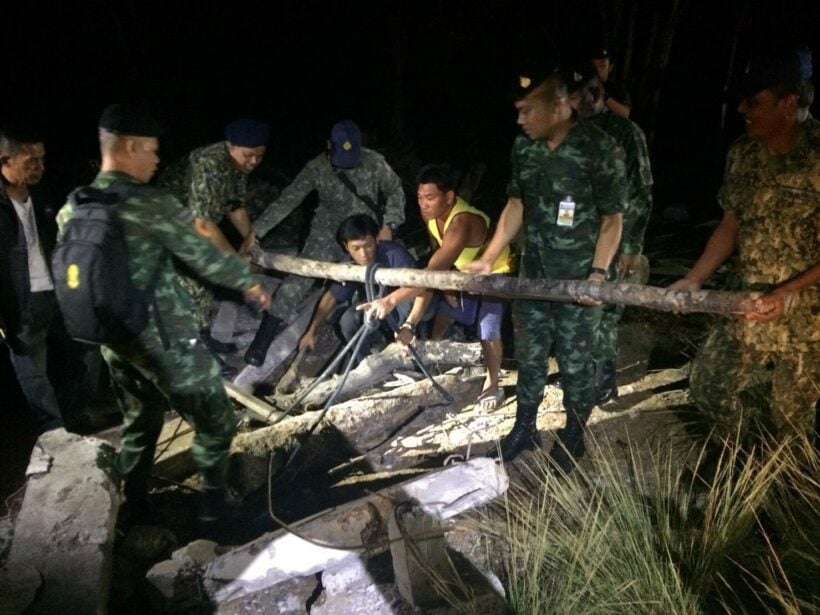 Thachatchai Police received a report about an items that looked like ancient cannons at an old house in the Mai Khao area.

The house, which belongs to a local man Dam Jitchamnan, was being demolished for renovation and the objects were found among the debris as workers were clearing it away. The police  found that the rusty items were about 1.5 meters long. They cordoned off the area with a rope while waiting for the EOD (Explosives Ordinance Division) team to investigate and check the objects.

However, police said, if they are really old cannons, they are harmless. They later took the items to the Thalang District Office.

Police are still trying to contact the owner of the house to see if he knows anything about the finding. The Thalang Deputy District Chief says that they will contact the Fine Arts Department to send a specialist to check the ancient cannons to see if they have any historic value.