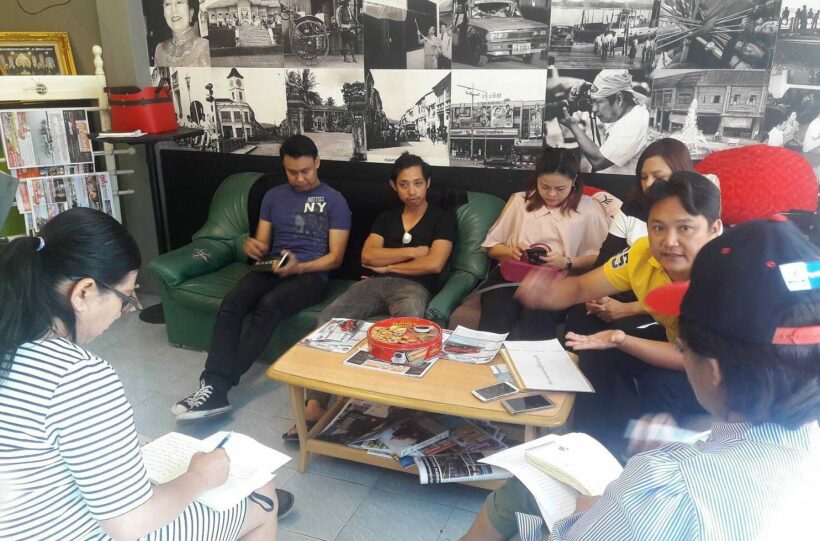 A member of the group, Adithorn Raksamran, says that the head of the chain, Witchuda Yuwapan, in Phuket, invited him and his friends to join the scheme in 2016.

“She promised that if I and my friend take shares of the partnership for 19 million Baht, we would get products worth 50 million Baht which means we would get a profit of about 7 million Baht per person within one year, including promotions in the company and flight tickets to go abroad,” said Adithorn.

“We invested 3,750,000 Baht per person since 2016 but they said the people above us would invest 1 million Baht per person for us, so we only paid 2,750,000 Baht. We have tried to contact Witchuda about the product but the answer is that she has to use the money we invested to pay what she owes the company for 30 million Baht so she doesn’t have any product to give as promised. Some of the investors are in a lot of trouble as they borrowed money from loan sharks expecting to make a large profit out of this investment.”

Also, he said that the promise about flight tickets to the US and Hong Kong has never been fulfilled.

The President of the Reporter Club, Junjira Sittabut, was the representative to accept the complaint letter and also brought the group to Damrongtham Center to make a report. While passing on the letter, the group showed their business registration letter to prove that they really paid for the investment.

“We would like the executives and people involve with Srithai Network to help us and investigate about what has happened. We want to know what happened to the money we invested and why the scheme didn’t go as promised. Also, we want to know where is the 50 million Baht worth of products that Witchuda took the 19 million Baht for.”