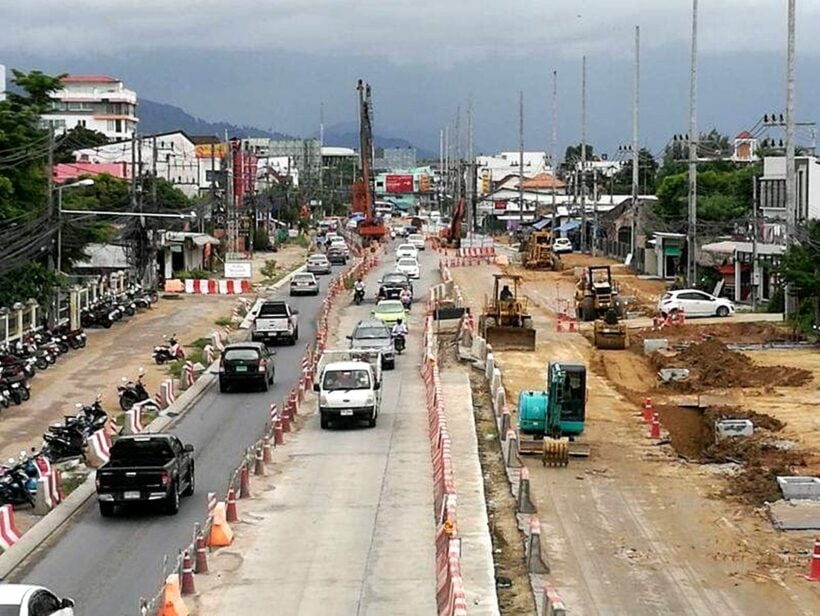 Phuket Highway Office Chief, Somwang Lohanut, has updated the progress of Chalong Circle underpass, saying that the construction is expected to be finished around April next year – at least 14 months of more pain for southern local drivers.

The 2 countdown signs showing the finish date have already been installed as well, while the contractor has increased the number of workers and working hours during the night to push forward with the construction process.

“We are expanding the route 4021 and 4024, which have narrow lanes. As soon as the ceiling of the underpass finishes, we can expend that part as a traffic lane,” he said.

“There’s still a part of the road where we have to pave the asphalt on and we have to close the lane as the material is very hot and could be dangerous.

“Be careful when using this route and plan ahead for the travel time.”

The snail-pace construction of the two lane underpass has frustrated southern locals who have to wait up to an hour at some times of the day travelling north along Vichit Road to the Chalong Circle.

Locals are now calling the Chalong Circle the ‘Chalong Carpark.’