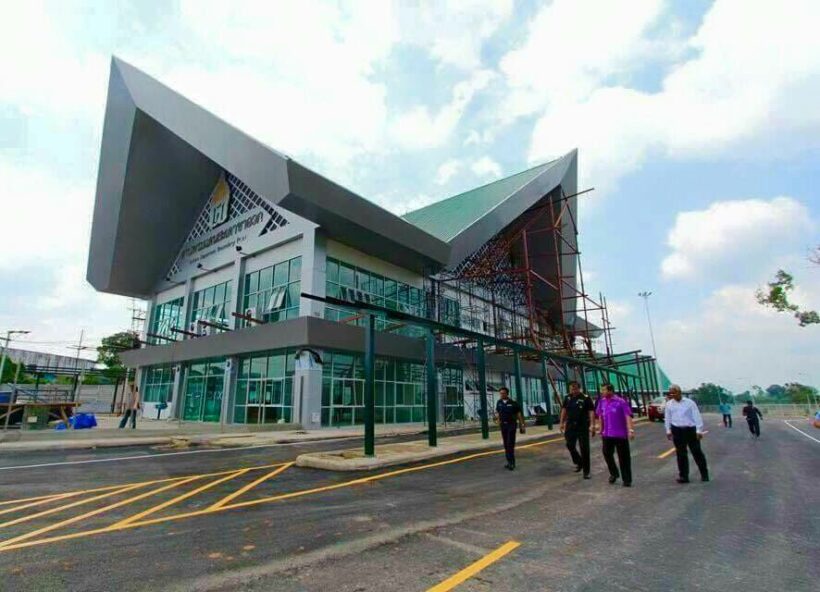 Now that Thailand’s Sadao border with Malaysia will finally reopen tomorrow, officials in southern Thailand have approved nearly 252 million baht to connect the two countries there. Thailand’s Deputy Minister of Interior announced today that the development committee of the southern border provinces approved construction of the road to connect the new Sadao Customs House and Bukit Kayu Hitam border checkpoint in Malaysia.

The checkpoint had been under construction for two years, and couldn’t operate because there was no decision about the connection point between Thailand and Malaysia. This delayed the construction of infrastructure.

The deputy minister made the announcement after a meeting of the Strategic Committee on Development of the Southern Border Provinces. The meeting was chaired by Deputy PM Prawit.

Reports say the residents and businesses in the region hope reopening the border will benefit the local economy. Vendors who had shops near the checkpoint are also preparing to reopen after two years of closure. Some told Thai media that they were happy to welcome tourists again because the checkpoint closure was a hard time for them and their families. Motorbike taxi drivers in the area say they used to make 700 baht to 800 baht per day before the pandemic, but now make only 50 baht to 60 baht each day.

Ramanathan.P
Hello Thaiger...do read your news heading....Thailand spending 252 baht for Sadao connection with Malaysia? What is that you are trying to say? Don't you do "proof- reading" before publishing. May be you are hungry while publishing the news and have…
CanadaSam
Last comment seconded! I only read this because I wondered what 252 baht is going to do to help any type of inter-government dealings!