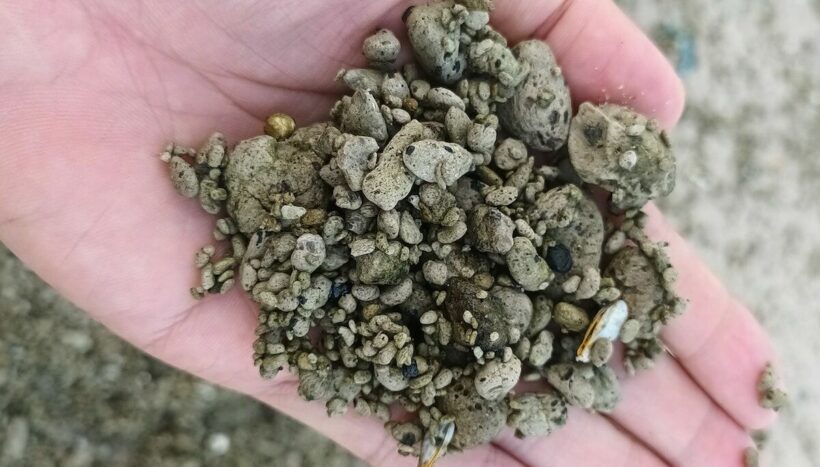 Locals who live near the beaches of Songkhla and other southern districts along the Gulf of Thailand have found numerous small pumice stones that are believed to be from a volcanic eruption.

No one knows where these spongy greyish-green stones came from. They were discovered along the shoreline in various locations, including Chalathat and Samila beaches, and other major tourist destinations in Songkhla. They were also reportedly seen along the Gulf coast in Narathiwat, Pattani, and Nakhon Si Thammarat. The sizes range from 0.3 centimetres to 3 centimetres.

Samples were collected and sent to Surat Thani’s Zone 4 Mineral Resources Office for analysis by officials from Songkhla’s Regional Environment Office 16 and the Marine and Coastal Resources Research Centre for the lower Gulf of Thailand, who reported they pose no threat to the environment or marine life.