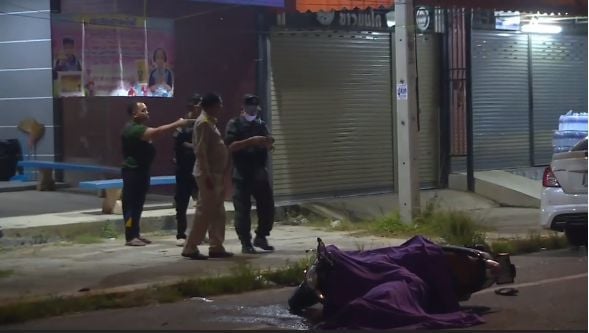 A police officer was shot to death by a suspected insurgent while driving his motorcycle in Southern province Pattani. The suspect, dressed as a woman with a long head scarf and riding pillion on another bike, pulled out a M16 assault rifle and opened fire, surveillance camera footage shows.

The officer fell to the ground near the Kok Pho District Hospital. The pillion rider then jumped off the bike and shot the police at point blank with a 9mm handgun. The rider then grabbed the officer’s .357 calibre pistol and fled the scene.

Police found 10 shells from the M16 rifle and 2 shells from the 9mm pistol at the scene. Police are still investigating and suspect the attack was carefully planned. No arrests have been made.