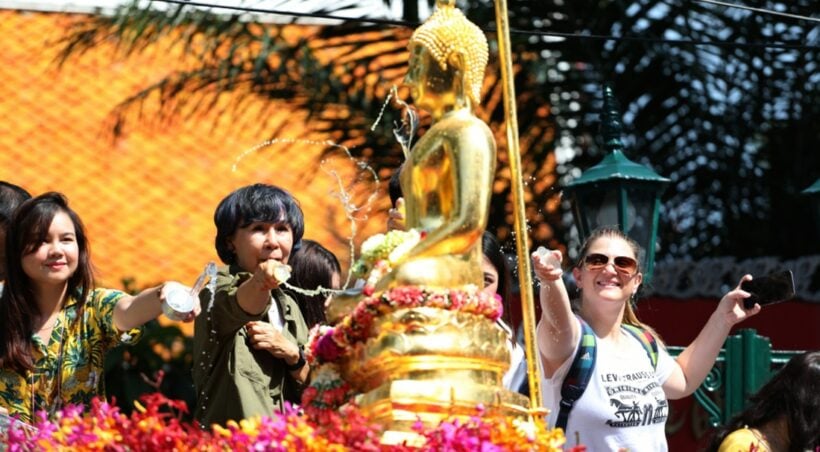 Khao San Road, which is famous for water wars every year, is expected to draw 30,000 visitors a day from today until Sunday. Some 960 police would guard the road and nearby areas during this period.

The Bangkok Metropolitan Administration (BMA) kicked off the Songkran Festival with a beautiful procession carrying the famous Phra Buddha Sihing image from the National Museum to a temporary shrine in Lumpini Park where it will remain until Sunday. The procession through the streets of old Bangkok was flagged off by BMA Governor Pol General Aswin Kwanmuang.

The BMA will also host an alms-offering rite at 7am today for 166 Buddhist monks before hosting Songkran-related activities at the park, including a Songkran beauty queen contest. 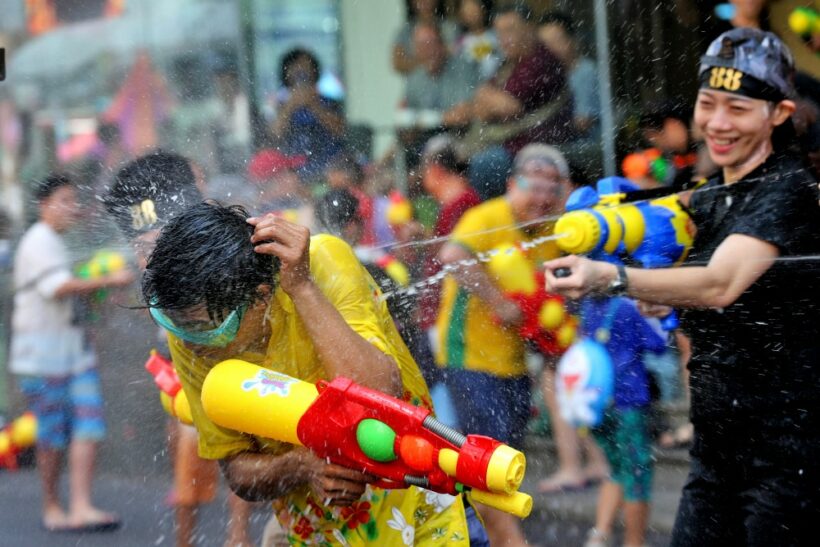 Down South, Thais and Malaysian and Singaporean visitors started Songkran water wars at the site for “Hatyai Midnight Songkran” on Sanehanusorn Road in Songkhla, many hours ahead of the event launch, while security officers were there to guard revellers.

Revellers got an early start in Bangla Road, Phuket yesterday afternoon as the water guns were out early with people firing off the first salvos. Foam started pouring from the roofs of some of the popular clubs as the night descended into a wet, slippery mess – all good fun.

Chiang Mai Governor Pawin Chamniprasert led officials and public members in a morning alms-offering rite for 60 Buddhist monks at the Three Kings Monument Plaza in Muang district. It marked the 722nd anniversary of the establishment of Nophaburi Sri Nakhon Ping Chiang Mai as the capital city of the Lanna Kingdom. The rite also launched Songkran celebrations. 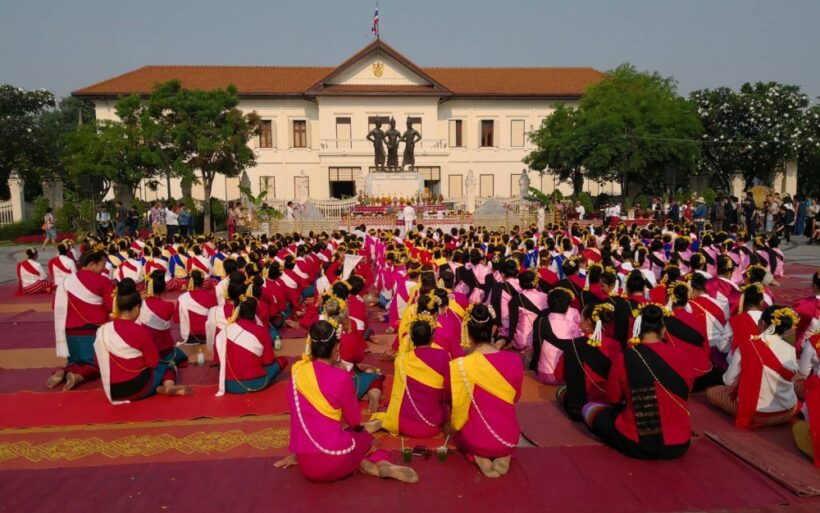 Various sites were ready for the celebrations, including the Tha Pae Gate plaza, the Wat Lok Molee for Lanna-style merit-making activities and the “Khu Muang” old city moat famous for its water wars. The latter site also saw eight emergency tents set up and a ban on the sale of alcohol.

Meanwhile, travellers from Bangkok heading upcountry for the five-day Songkran holidays were warned to prepare for severe traffic jams on highways later last night. Earlier in the day yesterday, heavy traffic congestion were already reported at various parts of the Northeast-bound Mitraparp Highway and the North-bound Asia Highway. By yesterday afternoon, Highway No 304 witnessed a 40km-long traffic jam between Nakhon Ratchasima’s Wang Nam Khieow district and Prachin Buri’s Na Dee district. Cars and vehicles were stuck bumper to bumper and could only move at a crawl pace.

Besides the vehicles of holidaymakers, other factors contributing to the traffic jams were some trucks plying and violating the ban on them running from April 11-17 as well as some ongoing road construction, a police source said.

On the North-bound road, vehicles caused some congestion on Highway No 11 (Phitsanulok-Uttaradit) while the Indochin intersection in Phitsanulok, which had some ongoing construction, allowed more motorists to still drive using alternative routes to avoid jams. 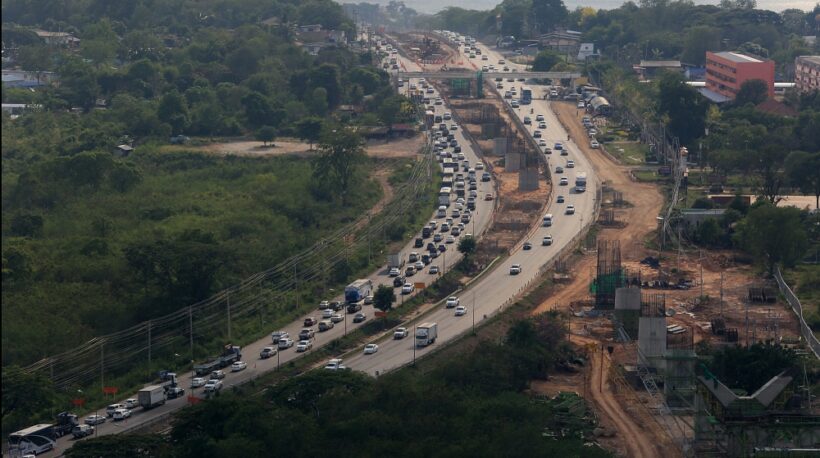