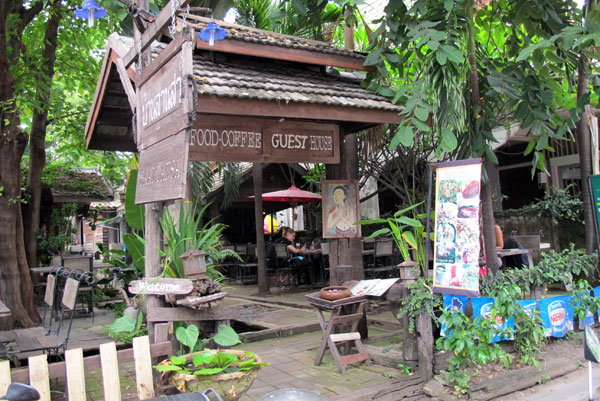 Hotels, from small to medium size, are closing down across Chaing Mai following recent crackdowns and enforcement of the Hotel Act. Similar crackdowns are underway across the country this week, notably in Krabi as well. About 100 protesters have staged protests outside City Hall demanding that their issues be raised with the Tourism Ministry and the Thai PM.

Small and medium hotel owners say they have no other choice that to protest at the City Hall.

One of the protester’s signs said… “For 13 years we have paid tax on this hotel, but now we are illegal. This is what we get.”

Operators are also calling on authorities to designate Chiang Mai City as a ‘Special Economic Zone’ for Tourism and legalise them as an alternative to make them comply with the Hotel Act.

Since June 7 a large number of guesthouses and smaller accommodation providers around the city have been closing down. Amnard Duangsing, owner of a small guesthouse, told CityNews that police have been relentlessly enforcing the Hotel Act, forcing many entrepreneurs to shut down their businesses.

“We’re incapable of meeting the strict rules and regulations that are aimed at large, multinational hotels.”

ChiangMaiCityLife.com reports that a network of accommodation service entrepreneurs who already filed a petition last month to Lawyers Council Under the Royal Patronage, Chiang Mai Office, are now planning to file another request to several authorities including the Prime Minister Office, Ministry of Interior, Ministry of Tourism and Sports and to the governor of Chiang Mai via the Damrongdhama Centre to postpone the enforcement and seek a solution.

Another of the small guesthouse owners, forced to shutdown, gave an example of one of one of the rules that were, in many cases, impossible to comply with. He said that the rules that requires every accommodation business to have at least 15% green space, but as small business operators in a dense town, there is hardly any space left, with many guest houses using town houses that have almost no green space whatsoever.

The operator said it was costly to renovate properties to meet standards, including 30 per cent green space and fire exits – and there was no guarantee that the improved facilities would get the state’s seal of approval anyway.

Many of the protesters remarked that having one Act covering all accommodation from 300 room hotels down to small guesthouses, was too restrictive and that the Act needed to be brought up to date to reflect the smaller hotels and guesthouses as well as the large multinational brands.