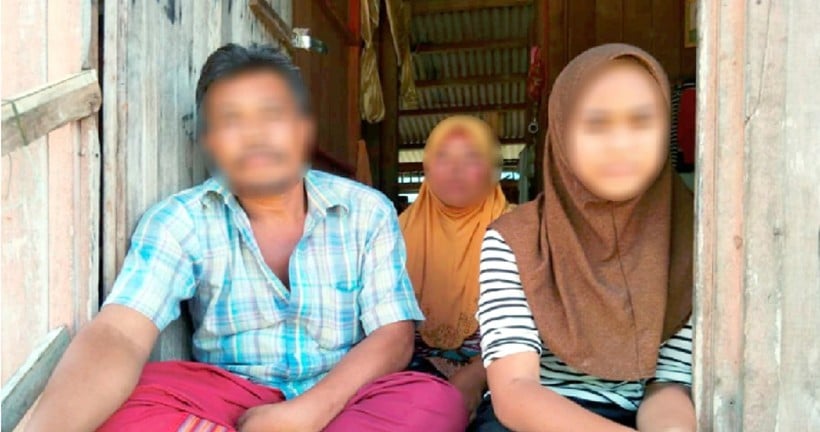 When an 11 year old married a 41 year old at a mosque near the Golok river on the border between Thailand and Malaysia, no locals thought much of it. Child brides are legal in Malaysia, if Islamic sharia law grants approval for the marriage. The 11 year old was the 41 year old Malaysian’s third wife.

At the time the ‘marriage’ caused a national outcry in Malay media and was discussed, at length, in the Malaysian Parliament with calls for further protection of the young and better scrutiny of particular cases by the country’s Sharia courts.

Across the border not much has been said, officially, whilst Thai social media went into melt-down over the Malaysian’s marriage with the Thai 11 year old girl.

Under Thailand’s strict child protection laws, updated in 2003, no one under the age of 17 are permitted to marry. Sex with a minor remains a prosecutable offence. But these laws are often ignored or abused in Thailand’s southern provinces Yala, Narathiwat and Pattani. Legal loopholes and the desire not to inflame the delicate political situation in the ‘restive south’ have largely kept police and officials out of such arrangements which locals describe as ‘common’.

Muslim communities are allowed to apply Islamic law to family matters and, in some cases, ‘bend’ the rules from time to time, made easier when Thai officials are eager to maintain community peace at all costs. That cost is often at the expense of a young Thai girl’s virginity and future prospects.

Off course there is often a lucrative dowry involved which provides further inducement for poor Thai families to give up their children to such arrangements.

Marriage brokers in northern Malaysia are busy hooking up mature Malay men with underage Thai girls as their second or third marriage. Whilst the legal framework in Malaysia makes such unions more complicated, in southern Thailand the tense geo-political situation ensures Thai officials look the other way to avoid inflaming the situation or making a cross-border issue over the arrangements. In most cases the unions are ‘blessed’ by the Thai families and their young girls head back over the Malaysian border to live with the family, often in a polygamous relationship.

The business of marrying these unlikely couples is also a booming business for southern Thai Imans who are able to charge at least four times the going ‘local’ rate when the Malaysian men come over the border to marry their Thai child brides. The high fees also assist in keeping prying eyes out of the ‘marriage business’.

So who’s ‘talking’ about it in Thailand? Imans? Government officials? Police? All remain silent whilst the practice continues, with the practice flying under the southern radar. The Thai Muslim families permit their children to marry and the Malay men keep coming over the border to find an easy way of getting a young wife.

Thailand’s conquest of the ‘Sultanate of Patani’ over 100 years ago is still at issue. A formal separatist movement grew in Thailand’s three southern provinces during the 1950s but has since flared into a bloody civil war where between 6-7,000 lives have been lost in a bitter insurgency; mostly civilians caught in the crossfire of fighting between insurgents, Thai soldiers and police. Weekly, there are still bombings and shootings in the three southern provinces.

All this bodes well for the border town of Sungai Golok where Malay men cross nightly for some Thai ‘happiness’ which includes drinking alcohol and the pleasures of the flesh – both frowned upon on the other side of the river. It’s in this rollicking border town where negotiations continue and arrangements are made for hooking up a child bride.

For Thailand, the less additional friction officials and police can add to the dangerous but delicate situation, the better. It’s a lot easier to turn a blind eye to ‘family matters’ such as child marriage rather than risk the situation boiling over into further violence. Anything involving ‘religious matters’ are seen as a no-go area for many Thais, especially in the South.

“Although many people are against this marriage, I will not succumb to the pressure and let Ayu (not her real name) go.

“Our marriage is permissible in Islam, even though it is against the law,” said the 41 year old man who married an 11 year old girl, identified only as ‘Ayu’ when commenting on his marriage with his third wife.

Hoping that the issue will not be prolonged, the father of six said all he wanted now is to lead a normal life with his family. 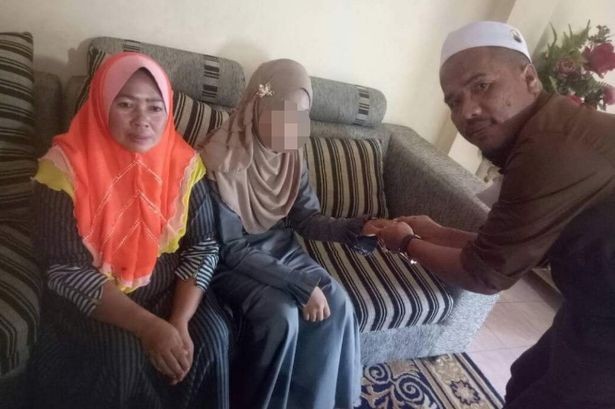 Australian filmmaker gets 6 years in a Cambodian prison for ‘espionage’